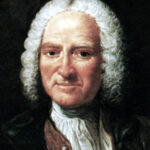 “The source of man’s unhappiness is his ignorance of nature.” – Paul Henri Thiry, Baron D’Holbach.

If the twin goals of human life are happiness and meaning, with virtue as the foundation, and if we accept virtue must be considered in the broadest possible sense, then we must dive deeply into the underexplored region of cosmic virtue. The issues within cosmic virtue are profoundly different than virtue related to self and others, but have analogues at the level of society. Its parameters are dimension and guiding principles, both of which we must untangle prior to a detailed exposition.

Cosmic virtue includes three dimensions that compose the extra-human world. First there is Nature; itself consisting of two components – nonhuman life and the environment of Earth. We immediately stumble over a key metaphysical issue here – whether the distinction between the human world and the natural world is real– a discussion we will take up in the next segment. The second facet is the natural sciences, fundamental disciplines humans use to examine, understand, and fully appreciate living things and the world, and the foundation of most of our material progress.

The third tier is the universe or cosmos, in reality a human idea, which justifies some metaphysical examination as part of evaluating virtue at that level. It requires a highly intelligent creature to condense the multiple elements of creation into a whole and to derive an ethic from that reconfiguration. In brief, the dimensions of cosmic virtue include the immediate – Nature, the abstract – Science, and the expansive – the Universe.  Anything less leaves gaps in our opportunity for the most meaningful life possible.

The second parameter of cosmic virtue is a list of guiding principles which inform virtue in these three dimensions. The first is attitude, that is, what makes for an ethical approach or mindset in general behavior by humans beyond human society. Next is metaphysical and epistemological – the commitment to truth or perhaps more accurately the highest level of certainty in describing Nature, developing science, and understanding the universe.

Third are the categories of action – service and duty – which address issues of interference and exploitation, living in harmony with nature, alignment with the trajectory of the universe, development of ethical norms, and prescriptive and proscriptive human conduct particularly around responsibility, integrity, and reciprocation. Fourth is application of the fundamental code of behavior whereby virtuous action entails the balance of good* over evil or benefits over costs in human actions when seen from the vantage point of the nonhuman world. Last is the exhibition of the four classical virtues – courage, temperance, justice, and prudence – in the realm of cosmic reality.

Each guiding principle must be defined for each of the three dimensions of cosmic reality in our formulation of a blueprint of cosmic virtue. Join me next time to discuss attitude or mindset with respect to cosmic reality.

*It is worth repeating that for this site good is defined as that which contributes to the happiness, well-being, longevity, pleasure, or knowledge of oneself and others or at least does not diminish these for others; or which promotes existing non-human reality in the universe.