We have seen that a meaningful life begins with virtue at the level of self, extends to interactions with others, and reaches a higher level of tangibility and magnitude at the level of society. One might therefore expect that humanism offers the greatest hope of a  meaningful life. I want now to expand the horizons of the discussion by considering in some detail the possibility of virtue at the cosmic level.

Let’s begin with a reminder that we defined virtue as the state of a thing which constitutes its particular excellence and enables it to perform its function well, and for humans that is reason and rationally ordered habits. More succinctly, for us, virtue refers to excellence in human conduct. 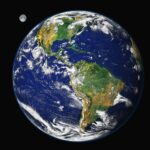 Next I wish to restate that ‘cosmic reality’ for our purposes refers to that reality not directly observed by the mind or our senses and outside the realm of human relations. Our awareness of cosmic reality is generally dependent on scientific tools, experiment, advanced mathematics, and is circumscribed by the laws that govern the universe and the constituents of matter. It involves large concepts like Nature*, the Earth, and the Universe (in their capitalized forms), but also the fields of physics and chemistry, and science in general.

So the goal of this section is to determine what defines excellence for us as rational beings in our dealings with Nature, the Earth, the Universe, the material world, and science and how that understanding is integrated into a meaningful life.

I will break this topic into the following segments: 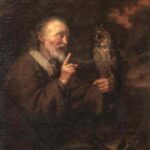 We are treading on ground mostly ignored by traditional philosophers where we must synthesize a thoroughly modern expansion of ethics if we hope to justify our species label, Homo sapiens, or “wise man.’ Join me next time for an analysis of the philosophical features of cosmic virtue.

*Relationship with Nature of course occurs both at the level of proximate and cosmic reality.