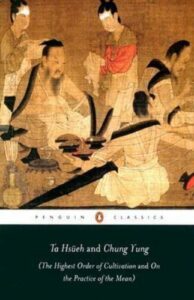 “The Way of self-cultivation, at its highest level, is a three-fold path: it lies in causing the light of one’s inner moral force to shine forth, in bringing the people to a state of renewal, and in coming to rest in the fullest attainment of the good.” – Ta Hsüeh.

In our search for the supreme example of extraordinary societal virtue we have arrived at the sage. I choose for this essay perhaps the most influential sage of all time, Confucius, who is particularly ideal for our purpose as his teachings concentrate on the virtue of men in society. While some sages speak in riddles, Confucius proves that this need not be so; in fact the precepts of Confucius are stated for all to understand, a virtual guide book to living collectively, with particular emphasis on the importance of duty. “The Confucian ideal is always the man who walks on his way shone upon by the approbation alike of the world and of the Divine.”1

Like many sages, Confucius arose in a period of weak leaders, international chaos, armed conflicts, high taxes, and the ebbing of established traditions. As in the West, philosophical response to such a time included communism, sophism, skepticism, hedonism, appeals to brotherhood, naturalism, and the repudiation of civilization. Confucius began as an unnoticed scholar of the more prosperous past and a proponent of the return to a conservative, rational, social order. 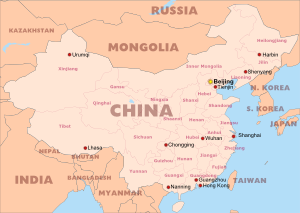 His philosophy was based on sheer good sense and an appeal to humanism. He rejected metaphysics, mysticism, and the divine, instead preaching an ethical approach based on personal cultivation. We come now to the profound insight of the sage; the emphasis on individual moral perfection results in “the abolition of the distinction between politics and ethics.”  It became the paradigm for the most populous country in the world for most of the next 2500 years.2

Confucius’ methods were also revolutionary. He did not attack other thinkers or offer refutations. He was not a teacher of logic, rather he exposed fallacies in his students’ thinking and encouraged self-questioning. He refined formal rules of etiquette and courtesy and countered the “natural epicureanism of the instincts with the puritanism and stoicism of his doctrine.”3 He served by example declining positions with rulers who would force him into unacceptable compromises stating “I am not concerned that I am not known; I seek to be worthy to be known.”4  Perhaps 3000 men studied under him some going on to important governmental positions.