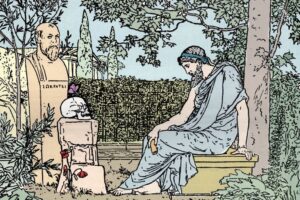 “Virtue is either wholly or partly wisdom.” – Socrates, in Plato’s Meno.

So far we have seen societal virtue typically comes down to duty and service, while a minority take it to extraordinary limits as hero, saint, or great leader. These unite exceptional unselfishness with one of the classical Greek virtues, in their case – courage, temperance, and justice – respectively. We come now to the highest execution of the last of the four classical Greek virtues – practical wisdom – where the pinnacle is the sage. I would like to explore the nuances of this paradigm.

First we return to Aristotle who distinguishes two categories of virtue– the moral virtues of character and the intellectual virtues or ‘virtues of the mind.’ He further divides intellectual virtue into the ‘scientific’ which contemplates the invariable and the ‘deliberative’ which contemplates the contingent. Aristotle tells us prudence or skill in deliberation appears to be a combination of experience and good sense. Wisdom, in his opinion, fuses scientific and deliberative forms of intellectual virtue, and may be said to apply to any particular field, for example by the great artist. However he considers  general or ‘theoretical’ wisdom the “most complete of all forms of knowledge.”1

The focus of wisdom is not knowledge alone, but the uniting of knowledge and action, particularly the knowledge of good and evil in conduct. Wisdom, then  unlike cleverness, cannot be misused; when we say a person acts wisely, the implication is she acts well.2 The word, wisdom, also has connotations of freedom from fear or want and a quality of calmness and repose. The sage is thus expected to have knowledge, act ethically, and remain calm.

Of course all people need to hone their skills of prudence and maximize their ‘scientific’ knowledge. From that standpoint, study combined with reflection on lessons learned and one’s experience is the minimal level of the virtue of practical wisdom within the societal level of reality. One notch up is the teacher, professor, coach, and spiritual guide who impart their wisdom to others, although typically directly. The subject expert appears to function at the societal level, at least in modern times, projecting his or her wisdom through mass media. 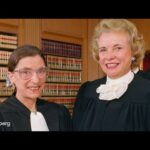 The judge deploys wisdom for the benefit of society and represents the overlap of justice and practical wisdom. However, none of these seems to qualify generically as ‘extraordinary.’ That role is occupied by the most respected of all individuals, the sage.