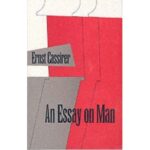 “That self-knowledge is the highest aim of philosophical inquiry appears to be generally acknowledged” begins Ernst Cassirer’s An Essay on Man.1 After self-discipline, and selflessness, we are ready to address this remarkably complex subject. One must know one’s self in order to have any hope of mastering it. Self-knowledge must be assayed at three levels: (1) generally, as a member of the species homo sapiens, (2) psychologically, as a unique person, and (3) structurally, as a multifaceted being. As usual, we will address these separately.

First and foremost, we must come to terms with the fact that we are members of a biological species, almost certainly evolved from “less advanced” apes themselves descendant from earlier mammals and non-mammalian ancestors. Briefly this means humans are a kind of animal, not supernatural in origin or composition, and, given modern cosmology, not central in the universe. As natural organisms, we are governed by physical laws, one of which is impermanence and eventual death.

Socrates asks, “What is man?” and determines that he is a creature constantly in search of himself. Over time philosophers come to an astonishing conclusion; man’s essence does not depend on externals, rather exclusively on the value he gives to himself. The Stoics determine a mandate of self-questioning is man’s privilege and fundamental duty.2 The Existentialists, having discarded the idea of any inborn human essence, conclude we define ourselves.  Cassirer concludes a “unity of human nature appears extremely doubtful.”3 This then is the format of knowledge we seek in understanding ourselves in a general sense as members of our particular species.

However self-knowledge extends beyond the general investigation of the nature of man through a process of introspection. Psychological self-examination was the province of many ancient philosophers such as Plato and Seneca, and survives into modernity in the field of psychology and contemporary “self-help” texts, although psychologists tend to consider self-analysis precarious at best. 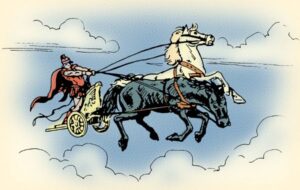 Plato’s self-analysis is contained in his theory of the tripartite “soul”: the appetitive or impulsive, the reasoning, and the spirit (thumos). Freud seems to rework these as the id, the superego, and the ego, while modern psychologists seem to prefer the terms, ‘child,’ ‘parent,’ and ‘adult.’ Knowledge of the self appears to include recognition of three disparate manifestations of personality.

Seneca is more specific, devoting entire treatises to understanding feelings of anger, on tranquility of mind, and for dealing with mortality, in addition to letters counseling friends (but likely intended for a more general audience) addressing subjects such as self-improvement, moderation, happiness, even suicide. A salient example is his advice to periodically meditate on the events of daily living, our responses, and how we should have responded. He quotes the advice of his teacher Sextius, “What ailments of yours have you cured today? What failing have you resisted, Where can you show improvement?”4 We come to the inescapable conclusion: self-knowledge is a continual process of a candid assessment of one’s strengths and weaknesses, emotions and moods, desires and drives, and peculiarities of personality over a lifetime.