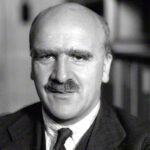 Alfred North Whitehead developed his philosophy of organism in “Process and Reality” published in 1929.  In researching his work on organism, including works by Plato, Spinoza, and Kant, questions arose which led me to this exploration of organism from a different perspective.

Before beginning my metaphysical exploration of organism I feel compelled to ask a brief, but more basic question.  Is it possible to develop a meaningful theory of reality that can rise above the oft spoken criticism of philosophy by others that such theories can never be proven one way or the other?  In other words can contemporary metaphysics meet the challenge of rising above being more than just adding more conjectural schemas to an already long list?

Could such theories have enough reasonable cause to present such a case?  I think the answer is yes, but it is not necessary that it be “yes”.  It just may happen to be the case by examining available empirical evidence and a priori analyses that certain ontological positions are either significantly supported or questioned.  The ones I mention here in no way exclude other evidence or analyses that may be supported from contributing to the discussion.

As one builds a case it is implied that a case with more support especially diverse support is necessarily a better case than one with less.  This support may come from outside the realm of philosophical theorizing or it may come from the complexity of the internal consistency of the statements made in the overall theory it fits into.  In some ways this is little different than what physical scientists do in looking for theories that satisfy as much of the known data as possible that may relate to the area of interest they are investigating.

It is possible to build a strong case but not one that can ever be proven.  Such a case can never be built to the stated standards of the physical sciences, but that is not necessary.  Theirs are necessarily limited to the narrow confines of their data and theirs can never be proven either, but in general with their narrower goals they have a higher degree of probability.  In philosophy we have no such limitations on what problems we can tackle.  We can attempt to answer a lot more questions but usually with a less clear degree of certainty. 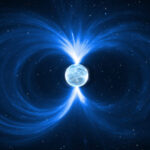 An organism is the unification of will and matter.  Consciousness originates out of this unification.  The will is the endowment from the cosmic organism.  It enables the mortal organism to utilize the data it receives from outside itself to act in its own interest.   Organisms fulfill their purpose as individuals and in societies of  individuals.  The will expresses the purpose of all organisms, which is to survive.

The will directs an organism’s physical being  including its acquisition of the  matter it needs to grow and sustain itself.  An organism’s will, its matter, and consciousness is a unified being which is always unified during its lifetime.  Its will originated through its parent organism through the electromagnetic field of the  universal organism.  While matter can exist independent of organism, the will can only exist unified with matter.

Organisms can only be created by similar organismic parents.  They cannot be created directly out of non-organismic matter.  They are of the basic fabric of reality.  AN Whitehead deals similarly with this issue by making all matter organism.  But in the absence of such theoretical attribute there is nothing in matter to endow it with the aim to become a unified being with will consciousness or thought.

How an organism’s will activates the physical matter of its body is of great ontological interest.  If one starts with an organism as being the nexus of will, matter, and consciousness, how ideas control physical matter becomes important.

Organisms direct their physical being by converting their impulses and thoughts into messages which control their physical activity.  The entire process from prehensions to the actions of the organism is electromagnetic and electrochemical.  An explanation of how  thought can direct matter is necessary to define organism and to include or exclude theories of reality in any ontological inquiry.

All thought, memories and impulses are either electrochemical or electromagnetic.    Everything an organism does and how it does it is physical.  There are no independent thoughts or impulses that originate or proceed without being physical.  All thoughts have physical, that is, electromagnetic analogues. 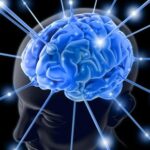 Of particular interest is the organism’s origination of ideas, how the brain of higher organisms creates generalized and analogized ideas from its memories gathered from its external environment.  It is at this point in the process that subjectivity is introduced.  Despite subjectivity the ideas developed are remarkably similar in individuals of the human species, and likely so in other species of higher organisms.  Once there is a sufficient breadth of these ideations the brain can then create thoughts to accomplish its goal of survival.  ln so doing it also creates a basic language.

Answering the most basic questions about organisms is suggestive of different metaphysical positions.  How long it would take to produce the most basic organism by random process is one question whose answer is suggestive of including or excluding different philosophical positions.  The ability to describe how thought can direct matter or matter can create thought is another.  Both a priori and empirical methods must be considered. 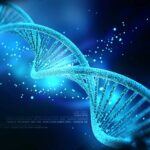 All known organisms have certain characteristics in common.  They are all carbon based and have a DNA code.  Whether prokaryote or eukaryote they have certain cellular characteristics in common.  They have at least some similar organelles regardless of whether they are animal, plant, fungus, bacteria or algae.  Though, their internal functioning when broken down to its most basic parts always obeys the laws of physics and chemistry, the ways in which they act as complete organisms go beyond those laws in novelty as organisms pursue their own ends.  This novelty has a distinctive kind of disorder in relation to unorganized matter, yet a cohesion and unity that we recognize in all organisms

Organisms appropriate and direct the matter they need to sustain themselves.  They live in sustaining environments on earth.  The entire surface of the earth could be considered one such environment.  They range in size from the microscopic  to the largest mammals.  Their will and consciousness  enables their mobility, providing them with options to appropriate new sources of energy to sustain themselves and to grow.  However this mobility is limited and acquiring new sources of energy to sustain their metabolic needs and growth are limited by their current capabilities.  Will and consciousness are inherently limited in each organism’s lifetime and in the becoming of future generations of these organisms.

We know with certainty organisms exist.  It is this certain knowledge that makes organism an excellent beginning for an inquiry into the nature of reality.  There is already a body of empirical knowledge that explains their functioning and it is quite probable that further empirical evidence will continue to emerge, providing more insights into biology and life itself.  On the other hand it cannot be said with certainty that God or a similar force integral to a particular view of reality exists.  The existence of God or this force can only be inferred, regardless of what probability we place on that existence.  For this reason a derivation of the existence of God or such force should rely on both a-priori and empirical knowledge of organism.

The universe is seen by physical scientists and others as an aimless agglomeration of moving particles organized through the force, charge, and spin of subatomic particles into what we observe as physical matter.  Some believe that physical matter can organize itself into life without the need of any further agency, resolving the difficult task of explaining consciousness and will by just assuming their automatic evolution from physical matter.  Arguing for such a position without establishing any evidence that it can occur is no lesser burden than arguing for the existence of God by starting with that as the premise.    Both materialism and theism have the same burden, they cannot lead to a fundamental explanation of reality by using themselves as a starting point from which to build.  Organisms exist with certainty, unifying will consciousness and physical matter and thus should be a focus in metaphysics.

Alternatively the organismic universe could be a single organism, n=1, unified with mortal organisms of the micro level.  In this case our universe would be coextensive with this single organism, in time and space.  There would be no non-organismic other for the meta-organism and it would exist eternally with the universe.  All the non-organismic other that exist at the microcosmic  level for mortal organisms are part of the universal organism.  This organism manages its physical being and consciousness in a way similar to mortal organisms, that is through an electromagnetic field.

Just as with mortal organisms, the will is limited in its ability to provide the  universal organism with complete freedom from its physical nature and environment.  Even with this limitation the universal organism is able to evolve.  It evolves as a consequence of its being unified with everything in the universe.  On this cosmic scale the will and consciousness are what I call the cosmic force, akin to a more traditional view of God, the one important difference being that it can never exist independent of its unification with matter.

Plato rejects multiple meta-organisms in favor of one universal organism.    His  reasoning is compelling.  I see the meta-organism as the center and source of all ontological significance though Plato does not.    This meta-organism is teleological by its nature. It is consistent for it to be the coherent embodiment of what some could call God.  It certainly is well situated to have all the attributes we could think of as God.

Spinoza’s3  thought also embodies principles that amount to seeing nature as an organism.  Kant also saw organisms as being special in this regard, defining an organism as “cause and effect of itself.”4   These references point out the persistence of organism in mainstream western philosophy over an extended period of time, whether the idea is fully developed or not.

An organismic universe, in a similar way as mortal organisms on a microcosmic scale, represents the true nature of reality.  Just as with mortal organisms, the will is limited in its ability to provide the organism complete freedom from its physical nature and environment.  With these limitations it is however still quite powerful and evolves as mortal organisms evolve.

Traditional western religion and thought has seen God as all powerful and often transcendent to the world.  When looking at the universe as an organism, there is certainly no reason why the attributes of God would not be consistent with God being an organism.  The concept of God when seen as an organism’s will and consciousness, even on a cosmic scale is more clearly seen as limited in its considerable power.

The cosmic force  is not omniscient.  From its perspective the future holds potentialities  and therefore probabilities for future events.  This is in concordance with quantum theory.  The cosmic force evolves with the world.  It is the recipient of these probabilities rather than their initiator.  The cosmic force is never fully realized.  That would be a lesser state of being for it than with a future of options.  In the present the cosmic consciousness encompasses everything past and present.