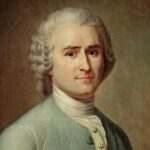 “The mere impulse of appetite is slavery, while obedience to a law which we prescribe to ourselves is liberty.” – Jean-Jacques Rousseau.

The first of the five components of self-mastery is self-discipline, arguably the most basic element in the mastery of the self. It is logically first as one must have sufficient discipline to undertake the other elements of the virtuous self while also confronting the turbulent changes of daily living. The subparts of self-discipline include: (1) control of instincts, emotions, and desires, (2) right speech and thoughts, and (3) development of equanimity, poise, and mindfulness.

CONTROL OF INSTINCT AND PASSIONS

Most philosophical and religious traditions recognize that humans intrinsically have instincts, desires, and emotions that arise unconsciously or subconsciously and need restraining. Of these three, instincts seem the most natural, serving to preserve the self in order to propagate the species. For other animals then instinct serves and assures their main function. However homo sapiens can transcend this limited formula of function = survival for reproduction – although paradoxically only by suppressing, at least in part, the very instincts that permit nature’s implicit goal for living things. Non-instinctual desires and emotions are more subtle, perhaps affecting other species, but heightened in humans. This likely is the result of the biology of a more complex brain and from the multifaceted relationships arising from our prolonged dependence in childhood and continuing interdependence in adulthood essential for group survival.

This seems obvious now, but take a step back and consider the spiritual depth required to see behind the veil of human nature in a prescientific world. Ancient sages grasped directly the destabilizing effect of uncontrolled drives and passion, and the importance of conquering these as a prelude to a fully meaningful existence. 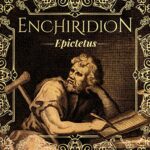 Many great thinkers come to the same remedy; control of instincts and desires requires withdrawal and self-denial, usually in the form of a conscious ascetic practice.1 Epictetus offers a Stoic example when he says “Fast, drink water only, abstain altogether from desire, that thou mayest hereafter conform thy desire to reason.”

(to be continued November 23)