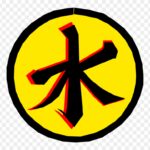 Confucius identifies three critical virtues that identify the superior man: Jen, benevolence to other men, Li, rules of propriety and socially acceptable behavior (including etiquette), and Hsiao, filial piety which includes not only respect for one’s parents and teachers, but also the law and order of society. He also teaches that the superior man places virtue above venal self-interest.

More familiar to Western readers are the Classical moral virtues – courage, justice, temperance, and prudence.* Socrates sees these as distilling down to knowledge or wisdom. Aristotle sees the first three as the mean between two vices (for example courage is the middle course between recklessness and cowardice). Throughout this tradition courage is at times reworked as fortitude, and by the Romans even more bluntly as strength. Prudence is likewise often renamed practical wisdom. 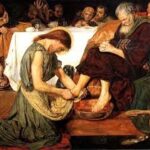 The three famous Christian virtues as stated by St. Paul are faith, hope, and charity (love of others). Aquinas merges these with the four classical virtues into the seven cardinal virtues. An eighth Christian virtue worth mentioning, because of its critical importance, is humility. Christianity is more exacting than other traditions in asserting seven vices: envy, gluttony, greed (avarice), lust, pride, sloth, and wrath.

A virtuous life seems unlikely unless one adopts at least one of these traditional approaches or follows the tenets of another established tradition. However it seems to me that combining these four assures one the greatest likelihood of a level of virtue compatible with a meaningful life and eventual happiness even if that sets the bar quite high. In that case, comprehensive (secular) virtue includes: (1) benevolence to others or charity, (2) propriety and etiquette, (3) respect of others and social institutions, (4) aspirations to purity, (5) disciplined speech, (6) ethical livelihood, (7) mindfulness, (8) courage or fortitude, (9) justice, (10) temperance, (11) prudence or practical wisdom, and (12) humility. I intend to apply these twelve categories in delineating a virtuous life as we evaluate the multiple levels of ethics.