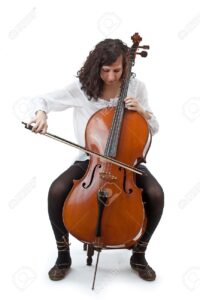 Last time we saw how Susan Wolf considers a meaningful life as one that includes enthusiastic involvement in objectively worthwhile projects though she drops the word ‘project’ in her slogan: “Meaning arises when subjective attraction meets objective attractiveness.” Her examples include creating, promoting or protecting things of value, helping others, achieving a skill, even “communing with or actively appreciating what is there to be appreciated.”2

She proposes and responds to likely objections to her thesis. First is the question of philosophical justification of the designation ‘worthwhile.’ Her response is that no proof is possible, but clearly most of us believe in varying worth of projects or activities – for example counting blades of grass versus seeking a cure for cancer. Second she responds to the existential objections of human mortality, lack of divine origin of morality, and cosmic indifference. She thinks these positions represents an irrational obsession with permanence and grand significance. She admits assumption as her basis for worthwhile, but notes most skeptics concede there are better and worse ways to live, and the difference between their positions and hers may be primarily semantic. 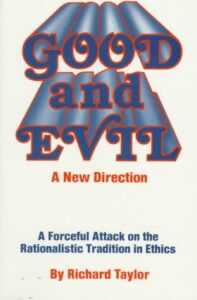 Third she responds to Richard Taylor’s description of subjectivity of self-interest raised in Good and Evil, where he suggests the subjective account of meaning is just that a meaningful life is one perceived by the individual as meaningful. Wolf does not like the circularity this entails so proposes an alternate account of subjectivity; the sense of ‘fulfillment’ as a particular kind of pleasure that confirms meaning via objectively worthwhile “cognitive content,’ even when not “best for me.”3

Wolf also concedes she is unable to prove that self-interest includes belief in the meaningfulness of one’s life through worthwhile activities, but contends most people intuitively agree once it is explained to them. In fact, Wolf claims the desire for meaningfulness is a defining feature of humanity vis-a-vis the brutes. It may even be considered self-evident.

Still meaningfulness, in her opinion, is not an instrumental good or merely the path to fulfillment, rather fulfillment is the confirmation of the meaningfulness of an activity. In her deconstruction of self-interest she crystalizes her position: much of what we do is neither out of duty nor fun, but instead meaningfulness. Nonetheless from a practical standpoint, meaning is inexact; we cannot and need not aspire to finding activities of the “greatest” meaning. At the end of the day meaningfulness often trumps self-interest.

I find Wolf’s thesis intriguing, first because I see few philosophers who challenge Aristotle’s belief that all human motivation distills down to the quest for happiness, and second because her method involves less logical proof and more intuition, consensus, reasonable argument, and human experience – the very building blocks of practical philosophy. But most importantly I detect in her theory of self-interest an affirmation that summum bonum for us is happiness and meaning.

2It seems this is operative in the case of relationship to ultimate reality, whether cosmic or divine.

3I discussed a comparable thesis in the post The Meaning of Life- Non-Physical Pleasure, on 9/14/20.