” ‘When I use a word,’ Humpty Dumpty said in a rather scornful tone, ‘it means just what I chose it to mean – neither more nor less.’

‘The question is,’ said Alice, ‘whether you can make words mean so many things.’

‘The question is said Humpty Dumpty, ‘which is to be master – that’s all.’ ”

– Lewis Carroll, Through the Looking Glass.

In the first part, we reviewed defining characteristics of meaning and criteria for a life to be meaningful. Today we will see how well human life fits both.

Function or role for us permeates every aspect of our lives. A child’s role is to continue the genetic line of the parent, enhance the happiness of family and friends, and mature into an adult. The adult has many roles as a member of a family and community, and perhaps as a spouse and a parent. An adult with an occupation or cause clearly fills a function, however small, in the structure of a society.

Value – independent worth, merit, or instrumentality – applies to humans as well. In addition to roles described above, we serve instrumentally as continuation of our species which required nearly 14 billion years of development of (by?) the universe. Here the issue is less about meeting the requirement of valuable than choosing actions of sufficient value to the universe and humanity that exceed those detrimental to them – i.e. ethical conduct and being a proponent of good.

Viability is unfortunately not automatic; some humans are impaired, diseased, have too short a life span or are otherwise unable to attain consequence. While some solace may be possible in these unfortunate cases, it is noteworthy that this is a tiny minority of people and almost certainly will not apply to any readers. 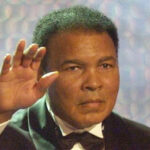 Justification –the balance of value against cost – is possible for all of us, but requires thoughtful action. None of us should choose a life where our external value is outweighed by our negatives. As Muhammad Ali once said. “Service to others is the rent you pay for your room here on earth.”

Intention – an explicit or implicit aim by the originator of a thing – may be difficult to demonstrate in the case of homo sapiens. If there is a traditional God, most will agree we were created intentionally. The question is whether God is required. I would argue that our very existence is evidence of an implicit ‘intention’ of the universe. In earlier blogs I concluded that all things in the universe develop via emergence through complexity and this serves as cosmic ‘intention’. I have also argued that the universe, whether appearing spontaneously or eternal, could not have been otherwise, i.e. all discussion of an ‘alternative’ to this universe is pure speculation.

Individual human relevance to some external entity or absolute standard appears, in the cosmic sense, to be assured by either the interest of a deity of by virtue of the course of the universe. There is also our ability to contemplate ultimate reality that ties our finitude to the infinite. Alternatively, tangible external relevance is confirmed by the significance each of us has in the lives of our family, friends, and community, and through the interest of the whole of humanity.