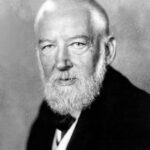 “In the longest run the sum of all human endeavor has no recognizable significance.” – Wilhelm Otswald.

Last time we examined the propositions advanced by the nihilist for the view that human life is meaningless. Briefly science, our most reliable source of truth, disproves the existence of God, purpose in the universe, human free will, immortality, and objective morality. To the nihilist, for human life to have meaning, there must be at least some cosmic purpose and eternal significance which is patently impossible. However, most of the propositions advanced by the nihilist are debatable and therefore their argument unravels.

Let’s consider the propositions in turn. The first is that science finds no evidence for the existence of God. Here there are an assortment of problems. Is science even designed to identify the divine? As we discussed in the section on Certainty, the foundationalism of science rests on axioms, one of which is that there are no supernatural explanations of events in the universe. Thus, in fact, science assumes and must assume there is no God or that God is not active in the universe. Science, like other forms of reasoning, cannot show the nonexistence of God, only the lack of necessity for God to exist to explain events in the cosmos. And as we discussed in the last section God and the Meaning of Life, it is arguable whether the existence of God is even germane to the question.

Next is the three part assertion that the universe is completely random, purposeless, and transient. That the universe is random seems contrary to the scientific assertion that events in the universe are determined. Random events have no explanation while science attempts to find explanations for all events using the logic of cause and effect. Alternatively to argue the universe could have been otherwise on a random basis is mere speculation and unprovable. With respect to purpose, another axiom of science is that there are no final causes to natural events meaning science assumes purposelessness. Demonstrating purposelessness is unimaginable; it may be the subjective opinion of many scientists, but is really based on the human notion of intention where the universe seems unable to have anthropomorphic intention. Nonetheless intention may manifest differently  with respect to the universe. Last the universe may be transient or destined to end in a motionless freeze of subatomic particles, but even if this theory proves correct, it may be additional ‘universes’ will spring from this one in additional big bang events lasting indefinitely.