“Does God exist? This eternal and eternalizing person who gives meaning – and I will add, a human meaning, for there is none other- to the Universe, is it a substantial something, existing independent of our consciousness, independently of our desire? Here we arrive at the insoluble, and it is best that it should be so.” – Miguel de Unamuno, Tragic Sense of Life.

Last time we saw that the existence of God is seen by some as affording meaning to human life by virtue of pre-ordained purpose, objective morality, immortality, and ultimacy. Today we will investigate various approaches to a God-derived meaningful life. 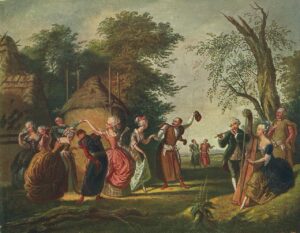 Leo Tolstoy in My Confession1 describes an ‘arrest of life’ that occurred to him at age 50. His existential crisis and sense of meaninglessness led him to despair. He found no answers in science, philosophy, or the pursuit of pleasure, and drifted to the edge of madness and suicide. He eventually concluded that the answer is not in rational knowledge, but in the relation of the finite to the infinite, in the irrationality accepted by the masses – faith and life according to God’s law, “the union with infinite God, paradise.” 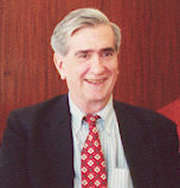 In Philip Quinn’s essay, The Meaning of Life According to Christianity,2 he begins by defining meaning as axiologic, teleological, and complete (both). For Quinn, a human life has axiologic meaning if it has positive intrinsic value and on the whole is good for the person living it; and teleological meaning if it contains some purposes of positive value the person takes to be non-trivial and achievable and contains actions directed towards achieving those purposes with zest. The secret of the meaningful life is to develop a narrative similar to that of Christ by imitating the life of Christ. He cites classic guides: The Imitation of Christ by Thomas A. Kempis and Practice in Christianity by Soren Kierkegaard.

However Quinn is not sanguine; this life will involve suffering, being found offensive by others, and even waiting for axiologic meaning in the afterlife. He also cautions humility of two types: (1) one must not assume humanity is the most important thing from God’s point of view, and (2) one must not exaggerate the certainty of Christianity’s answer; non-religious narratives and those of other religions offer reasonable alternatives for meaning.