Now that we have defined reasonable criteria for the meaningful life, we consider the traditional answer – human life is meaningful within the context of creation by God. For the moment, we will bracket the question of whether God actually exists, and consider how the existence of God imparts meaning on human life. There are four facets implied in human meaning by the existence of a deity. 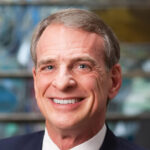 William Lane Craig, a Christian philosopher addresses these in his essay The Absurdity of Life without God.3 He argues that in a Godless universe, everything ends in oblivion, even the universe itself, therefore it is impossible for any contribution by any person to have significance. “All these come to nothing. In the end they don’t make one bit of difference, not one bit.” His theory is that if the universe is an accident we exist “to no purpose,” we are nothing more than insects. In fact this situation becomes tolerable only if we embrace a Noble Lie of some pretended purpose or meaning. Self-created meaning in Craig’s opinion is an illusion.

He also notes meaninglessness is further implied by the atheist’s acceptance of the brevity of human life and the eventual extinction of humanity. Without God, immortality is impossible, making our pitifully short lives still more frivolous and absurd. Moreover, following Dostoevsky,

he argues in a world without God, morality is relative or mere opinion; literally anything goes. If there are no objective standards of right and wrong, there is no moral difference between the life of the despot and life of the saint. And since there is no immortality, there is no possibility to rectify evils done in this world or to reward goodness and sacrifice done in life. Last without God there is no ultimate reality, purpose, or meaning. Everything is finally trivial, or as T.S. Eliot wrote: “This is the way the world ends/Not with a bang but a whimper.”

1We can formulate this as a logical argument: (1) God created everything in the world for a purpose, (2) Man is part of the world, (3) God created man for a purpose. Of course the first premise is a point of significant philosophical disagreement.

See YouTube film  Is God Necessary for Mortality? William Lan Craig vs Shelly Kagan Debate for a thorough discussion of theistic and atheistic justifications of morality.