“The point of his living is simply to be living.” – Richard Taylor.

Now that we have analyzed and reformulated the question of the meaning of life and considered the major criticisms of it, we need to evaluate it within varying contexts. Today we start with the biological since it is most concrete and immediate. By this I do not intend to default back to a literal interpretation as in “what is the meaning of the word ‘life’?”, rather what is the biological significance of our individual lives.

Here nature is our guide; the two strongest instincts imposed on life of all types according to Darwinism are survival and reproduction. While these instincts may be the mere brutal facts of living things, their necessity for the continuance of life imparts a gloss of intention. Thus it seems fair to say at the biological level a meaningful life is one that survives as long as possible, and at least until offspring are created.

Richard Taylor outlines this clearly starting with the myth of Sisyphus who was eternally condemned by the Gods to roll a rock up a hill every day only to see it roll back down to no purpose. Taylor thinks this makes life meaningless for Sisyphus and notes that even immortality fails to extend meaning to Sisyphus’ life and perhaps even increases the sense of meaninglessness. However his efforts would become meaningful if the Gods had also implanted a drive in him to roll rocks up hills in which case Sisyphus would find at least some meaning in fulfilling his drive.

Taylor thinks this analogy applies to living things be they cave-restricted glow worms that struggle to subsist on stray insects until they reach a single day when they mature into winged adults, mate, and then are themselves eaten by other glow worms, or are birds that migrate great distances only to return to mate, or are humans who play out a Sisyphus-like drama in the generational cycle of birth-reproduction-death. Taylor believes that as would be the case for Sisyphus, the presence of the drive that compels these life courses gives living things a modicum of meaning.1 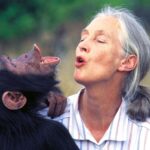 Other thinkers go somewhat further. Jonas Salk sees life as the continuation of evolution which for humans includes cultural advancement.2 Jane Goodall proposes the raising of children as highly meaningful.3 Freeman Dyson adds a further level – the prospect of humans controlling their evolution.4

In short, seemingly futile human biological existence imparts meaning because we are driven to survival and reproduction, because we can continue the human line and its evolution, and because we participate in the compendium of life. This is unlikely to meet the deep need we have for ‘larger’ meaning, but assures at least a limited value to life. Next time we will consider the realm of pleasure.