“The solution to the problem of life is seen in the vanishing of the problem.” – Ludwig Wittgenstein, Tractatus Logico-Philosophicus  6.521.

While the question whether life has meaning is ancient, perhaps one even primitive humans asked, it is relatively recently that the question has come under attack as incoherent. There are three basic criticisms.

The first is linguistic; the mere construction of a sentence or question that deploys words in an apparently standard way does not mean the sentence or question makes sense. Ludwig Wittgenstein points out that language consists of words which are atomic symbols used in relaying ideas and requiring consistency in use. Symbols and words have meanings of course, but activities and human life do not. It is quite right to ask “What is the meaning of the symbol ‘$’ or the word ‘turtle’?”

but despite the similarity in construction, it is not correct to ask “What is the meaning of life?” In fact Wittgenstein goes further arguing it is impossible to say anything meaningful about ethics or metaphysics since that involves the impossible task of talking about them from outside the world.1

The second criticism is that of the logical positivists, who argue the question is  faulty in that it is unanswerable. A.J. Ayer sees the crux of the question as why the world is the way it is and why are we here. But ‘why’ questions make no sense in this situation. We can answer the question of how things in general and humans in particular are and how they got there, but cannot show a justification or proof of intention. In his opinion, if the question is changed to “How ought we to live?” we are little better off since there is no objective basis for morality either. There can never be an answer that is logically independent. At best “all that can be said is that life has at various times a different meaning for different people according as they pursue their several ends.”2

The last criticism is that of the postmodernists where the question is seen as simply absurd.  They challenge the viability of a search for systematic, complete accounts of reality which impose rationality on an irrational universe.3 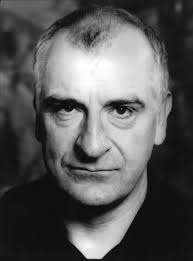 They see such efforts as subjective and based on unreliable human reason. The postmodernists allege human life is trivial or futile. Literary examples are Albert Camus’ analogy of human existence to the plight of Sisyphus4, Kurt Vonnegut’s story plot where the ultimate end of all human activity is to deliver a part to a wrecked space ship on a journey nowhere,5 or Douglas Adams’ answer by a supercomputer after 7.5 million years that the meaning of everything is ’42.’6

It is worth stating that none of these views can be entirely rebutted, although I hope by rephrasing the question as I did in the last blog, we may avoid some pitfalls. I would also note that even philosophers skeptical of a foregone meaning of human life concede that human conduct and aspirations offer at least some meaning for our individual lives.