“There is but one truly serious philosophical problem, and that is suicide. Judging whether life is or is not worth living amounts to answering the fundamental question of philosophy”- Albert Camus, The Myth of Sisyphus. 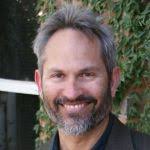 The second quarter 2020 issue of The Philosopher’s Magazine1 includes an essay with the intriguing title Who Is a Meaning of Life For? by Elijah Millgram of the University of Utah. This is quite timely as I begin to delve into the question of what a meaningful life is by permitting a preface to that section.

Millgram begins by recalling a comment by Gisela Striker, a historian of ancient philosophy, that she hoped life didn’t have a meaning, because it would be too oppressive. Millgram transposes this into a more than rhetorical proposition; perhaps “we shouldn’t simply take it for granted that we want meaningful lives.”2 He begins with the example of John Stuart Mill (on whom he wrote a book) who made his life’s meaning ‘the Utilitarian Enterprise’ but eventually felt himself trapped by it.

By comparison, Millgram posits Friedrich Nietzsche who in The Gay Science suggests one’s ‘purpose for existence’ can be achieved by finding an interpretation that covers what one has already done. Here the goal is to lock everything down through ingenuity and inventiveness so that one’s entire life in all its meaningless detail is reconfigured into a unifying purpose which one can then embrace in conformity with Nietzsche’s metaphysical theory of ‘eternal return.’  But Milligram thinks such an artistic reconstruction of one’s life ultimately reflects Nietzsche’s rock bottom cynicism as to whether reality matters at all. 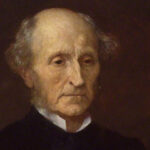 In brief then, J.S. Mill sees meaning as guiding action and Nietzsche sees it as reconciliation. Alternatively the desire for a meaningful life can viewed as a prison or a fanatical delusion.  Millgram offers a third option, the denial of the need for a meaning of life, concluding with the perplexing question, “What do I want it [a meaning of life] for?”3

I would reply that perhaps Millgram is conflating the meaningful life with  the purposeful life. I believe the reason we want to find purpose is because it is one of the four components of the meaningful life. The other three are contentment, virtue, and resolution of one’s relationship to ultimate reality. Each of the four is difficult to achieve, but all are worthy of attainment. And why do we want these? Well, because they compose the summum bonum of happiness and meaning. The next section on this site will investigate all of them  and answer Millgram’s question.