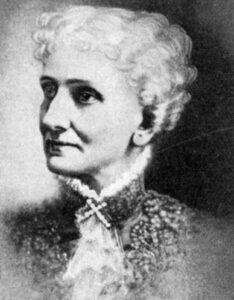 “Spirit is the real and eternal; matter is the unreal and temporal.” – Mary Baker Eddy.

The first two parts of our review covered the five tiers of reality and of ethics, and the special problem of good and evil. We now review two additional special subjects.

Logical proofs of God’s existence or non-existence prove unconvincing, although in sum incline to belief since arguments against His existence are merely attacks on presumed traditional characteristics rather than existence per se. Subjective warrants for the belief in God such as spiritual or mystical experiences of others are also unpersuasive, but predispose to belief as they are not counterbalanced by an opposite experience of God’s nonexistence.

Mortimer Adler claims that philosophy demonstrates the existence of a ‘single supreme being as the indispensable, creative, or exnihilating cause of the cosmos.’1 From my standpoint an analysis of why there is something rather than nothing concludes that the best explanation is that God, defined as the origin of the universe, exists even if it is because the universe is itself necessarily existent and thus self-originating. In either case the traditional characteristics attributed to God and challenged by skeptics can be reconfigured as shown in the Appendix.

Interaction with God through meditation and contemplation is consistently described as blissful and life-altering so may justify some personal effort if the goal is the maximally meaningful life.  However, religions are philosophically dubious since the truth of each is unverifiable, exclusive, and dependent on unreliable faith rather than human reasoning.

Atheism and agnosticism turn out being surprisingly difficult to defend although detailed philosophical analysis permits pantheism.

The unimaginable complexity of the universe leaves hope that it may be the physical manifestation of a conscious being that appears to be indestructible, eternal and timeless, material and immaterial. Our best means to understand God’s nature then is by introspection (meditation) and inspection (science). Psychologically it is more reasonable and more propitious to attribute the origin of everything to (an indefinite) God rather than austere chance, especially since a justified belief in divine being offers the possibility of purpose, ethical foundation, contentment, and apotheosis.

Most ancient thinkers accept human duality – a material body and an immaterial soul. However, for most of us, objective arguments and subjective warrants fail to demonstrate convincingly the existence of a distinct human soul. Rather the immaterial facets of human existence are erroneously amalgamated into a detachable being. By defining criteria of physicality, we can deconstruct the traditional concept of soul into its component immaterial parts: personality, mind, identity, will, and self.

These we can reconstruct not as a unique substance, but the immaterial depth and spiritual capacity of man. This neither requires or implies God, religion, immortality, or the supernatural. It is the seemingly universal ability of man to reflect deeply on himself and the universe, especially universal law. It embraces science, art, morality, openness, freedom, hope, brotherhood, and love. It is not the concrete in our world, but the abstract and the ephemeral. All men and all women have access to it, and it ties all of us together beyond a particular body, space, or time.