“Only a life lived for others is a life worthwhile.” – Albert Einstein.

Last time I started my review of the prior work prefatory to the discussion of a meaningful life, covering internal, proximate, social, and cosmic reality and ethics to self, others, and society. Today we pick up with ultimate reality which I have defined as the highest reality inclusive of all being and all ideas or as the logically first being from which all other beings and cosmic law are derived. This rather indefinite characterization allows the ultimate to be the cosmos for the physicalist, an ethereal unity for the spiritualist and the existentialist, or divine and creative for the theologian. Other names for the ultimate are God, the Tao, Brahman, Being, and the One among others.

Ultimate reality in general is not encountered through the five senses, but rather through spiritual experiences.

Ultimate ethics occurs through communion with nature and the cosmos, meditation, contemplation, or religious practice. Detachment, self-discipline, humility, and self-less love appear to be essential to these methods. Most of the great ancient philosophers have a concept of the ultimate that underpins their philosophy, and our own concept of ultimate reality will shape our understanding of meaning and purpose and thus what constitutes a meaningful life.

The final tier of ethics, supererogatory duty, fills a special role for the human as a fallen or at least imperfect being. No one can claim to be completely free of error and guilt, but by redirecting behavior towards good, atonement, self-forgiveness, and extreme generosity, we can hope to achieve a type of spiritual cleansing and moral apotheosis.

No matter how one views reality, the experiences of life invariably lead one to recognize good and evil as integral to the universe and fundamental to ethics. I have defined the elusive term, good, as that which contributes to the happiness, well-being, longevity, pleasure, or knowledge of oneself and others, or at least does not diminish these for others; and that which promotes existing non-human reality in the universe.  I attempted to categorize and rank goods and evils in the Appendix, but the reader’s own tabulation is worth the effort. In general, intrinsic goods, those good in of themselves, are of higher value than instrumental ones; while internal goods tend to eclipse external goods. The summum bonum or greatest good for humans seems to be the dual goals of happiness and meaning (see diagram in the Appendix). 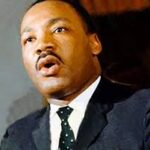 Evil can be natural and thus unavoidable or due to free agency, meaning human action, which should be preventable. Human evils are usually minor when due to accident or immaturity, but more severe when due to error, weakness, selfishness, and especially malice. Evil is countered through efforts at self-perfection and humility. Nevertheless the mythological contest between good and evil continues to play out in daily life where the best means to be an agent for good is a personal commitment to it. Historically this benevolence is embodied in two personas – the saint and the hero.