In continuing a listing of highly certain empirical tenets, the next regards change – that is Existence involves change. This is experienced as both mental and physical changes occurring to myself and perceptions of flux in the world. In the history of philosophy these concepts of existence and change are traditionally depicted as the dichotomy of being and becoming. So a less immediately clear variation of this principle is Being involves becoming. A mixed phenomenological and metaphysical point follows this one– a being changing over time is aging – something I both experience and intuit. Therefore I am aging is the eighth highly certain empirical principle. 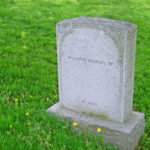 In the experience of the world, I become aware of others – some like and some unlike myself. Those like myself and most other living beings have a limited lifetime, that is, living beings appear to be mortal. Other than my private knowledge of myself, there is no apparent difference between me and others like me, therefore I recognize I too am mortal giving the ninth empirical certainty by association – I will die. This principle is of lower but still very high certainty, but subjectively essential to the phenomenological interpretation of my life.

Closing out the first ten, perhaps not so much on the degree of certainty, but rather by its significance is the powerful and unyielding notion: Dead people remain dead. At this point we cross the boundary into existentialism and its attendant anxiety which reinforces phenomenologically the last two points.

Now we can create a second chart as below covering empirical propositions and again add some additional examples for comparison.

Now that I have assessed the degree of certainty of my identity, time, my having a beginning and a limited lifespan, and the existence of an outside world and other people, the stage is set to look at the third arena for analysis – the ethical realm.