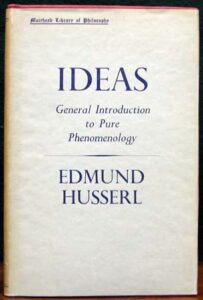 “Natural objects, for example, must be experienced before any theorizing about them can occur” – Edmund Husserl

The last two blogs looked at subjective or internally derived metaphysical statements of the highest degree of certainty. Today we depart from that level of confidence and take on in logical order the next category in this process – truths of experience which I will call empirical truth. Necessity forces us to hold on further intuition and introspection of areas such as ethics until we establish the arena of action – that is the external world. Phenomenology will be our main tool on this subject.

First a word about phenomenology. This method developed by Edmund Husserl differs from traditional science and empiricism in that perceptions are utilized as mere examples from which are abstracted basic ideas about reality while the objects of perception are ‘bracketed’- meaning their actuality is not assumed or confirmed, but deferred. 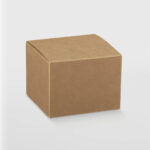 For example, my experience of a “box” is examined rather than the actuality of the box before me; my experience includes seeing some of its surfaces, but not others (the back and underside of the box). Phenomenology says I experience color while empiricism and science define the apple as red.

We have already seen the two most certain phenomenologically derived truths: time and the fact of experience itself. Next in order of certainty, it seems to me, is I have moods, one of the earliest recognitions of Martin Heidegger in his book Being and Time. For the moment we ‘bracket’ the origin of moods in keeping with Husserl’s method.

We have less confidence in the next point – I have a body, through a variety of experiences including my sensations (vision, touch, hearing, smell, and even taste if I choose), my regular needs such as those due to thirst or hunger, my apparent ability to move, and the effect of external stimuli (e.g. pain). Again all of these may be bracketed while the assortment of experiences lead to the idea of body. There are reasonable alternative versions of this point: (1) I am a body, (2) My mind inhabits a body, (3) I have a physical as well as mental manifestations, and so forth. However the original iteration above seems just as reasonable. 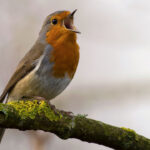 Very closely related is the statement: I control my body. This is confirmed not only by my ability to move its various parts, but also by my ability to focus my attention on the various components of perception such as isolating listening to a “bird” or smelling of a ‘flower.”

The sixth and still highly certain empirical principle is that I experience a world of space and objects. Clearly I perceive an environment separate from my body which in which I am located and which is confirmed by all of my senses and by my ability to move within space and make physical contact with at least some objects not part of my body. Husserl and Heidegger also come to this conclusion early in the process of phenomenologic exploration, though of course this idea is accepted by most on the basis of common sense alone.