“The quest for certainty blocks the search for meaning. Uncertainty is the very condition to impel man to unfold his powers.” –  Erich Fromm

In the creation of a personal corpus of beliefs of the highest degree of certainty, we start with metaphysical principles. These are derived from introspection, or looking internally, and the methods of intuition or “mental seeing” plus phenomenology, the extraction of abstract relationships underlying basic perceptions. 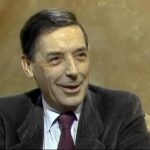 So what is the most certain feature of internal reality? Of course it is our own thinking process which Descartes distilled into his famous phrase “cogito ergo sum” or “I think therefore I am.” However, with all due respect to Descartes, slightly more certain is a modification by Bernard Williams, “There is thinking,” although I feel the most certain sentence imaginable is more nonspecific: “There is something.”

While that ‘something’ is thought itself, we cannot be absolutely certain that thinking establishes personhood, so in my opinion, the next most certain metaphysical principle is the validity of basic logic and by derivation simple mathematics and geometry. Logic or reason is intrinsic to any processing of reality and a premise of this phase of our work. The most important logical certainty is identity, that is, A = A. Mathematically this translates into 1+1=2 where 2 is defined as 1+1 or in other words 1+1 = 1+1. Since 3 is defined as 1+1+1, next we see that 1+2=3 is really translated into 1+2 = 1+1+1 or 1+1+1=1+1+1 and so forth. Geometry is more complicated, but still boils down to intuitive logic once one grants the axioms of planar space. Our mere innate reasoning confirms Euclid’s propositions such as number 15; “If two straight lines cut one another, they make the vertical angles equal to one another.”

Sadly no metaphysical statement that follows these two is more certain than the skeptic’s proclamation – “nothing is certain” although I might add the qualitative statement “other than the first two statements.”

Following these first three seems to be Descartes’ cogito – I am extremely confident it is I who am thinking my thoughts. Thereafter one comes unhesitatingly upon the first phenomenology-based metaphysical principle – “time passes.” This is the inevitable conclusion of having even two thoughts where one must be first and the second must follow – thought chains require the existence of time. Closely related is the recognition that the series of thoughts that instantiate my existence over time also confirm “I have identity” as the being with that particular chain of thoughts through time.

Just behind, I also am aware that my existent being with identity through time has other experiences such as sensory perceptions, leading to the highly confident statement that in addition to thoughts “I have experiences.”