The basis for this approach to a quasi-foundationalism is not entirely novel. In The Life of Reason, George Santayana explores reason as the vital impetus to meaning and unity. Reason allows man to distinguish between spirit and nature allowing him to understand his wants and needs and how to satisfy them. Instinct is transformed into human ideals that exceed simple survival needs as for example in the case of the highest human ends – goodness and art.2

Mortimer Adler makes the case for a common sense understanding of reality, particularly denying idealism (Kant’s thesis that reality for humans is a construct of the mind) and Heisenberg indeterminacy (the exact status of subatomic structure depends on an observer) . He specifically challenges the increasing tendency by physicists to assert that ‘what they cannot measure does not exist.’ Adler feels a genuine reality exists separately from human experience of it but is made intelligible by the human mind.3

Roger Scruton speaks of assigning a ‘truth value’ to a statement in a sense similar to that between an object and its name (for example Venus as both morning and evening star) as argued by Gottlob Frege.4 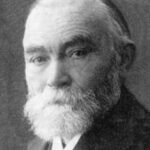 He also quotes Ludwig Wittgenstein:  “the world is the totality of facts, not of things.”5 And while the skeptic can challenge thought as depending on language and the imperfect meanings of words, Scruton thinks trust in thought is  justified since those words are human in origin and hence are correctly applied to human reality. Moreover the fact that language is shared by others  validates our belief that the mind is not completely private.6

Julian Baggini discusses the view of Bernard Williams that truth requires two virtuous features – sincerity and accuracy. Reasoned objectivity underlies legitimate beliefs even if others do not share those beliefs. Again the skeptic is undermined in blanket disbelief as he too relies on reason to challenge us, further confirming a rational approach as the means to justified belief.7

Before moving on to my hierarchy of most certain truths, it is worth remembering that much of what  impels doubt is based on our unavoidably particular experience of the world as a species and as individuals. 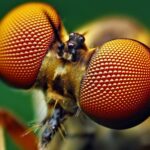 The human experience is clearly different from that of a fish, a fly, or a bat; perhaps none of these is definitive, and it is chauvinistic for us to elevate the human picture above the others. However, since we are, after all, human and have only our own biologic equipment to inform us, it is difficult to imagine a better alternative from which to determine degrees of certainty or a plan for living.