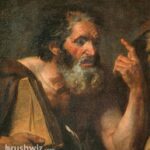 The last twenty-four posts have considered and rejected various forms of certainty. First were Kant’s a priori statements or self-evident truths which we saw were limited in number and often mere tautologies. Second was the philosophical quest of foundationalism – wherein certain or near certain truths might be built into secure doctrine – a quest which eventually failed. Third and most successful came science which is, however, not only imperfect, but applies mainly to natural phenomena rather than the human existential problem.

We also examined the threats of lost opportunities in the futile search for certainty and the perils of unjustified certainty. But there is another danger overlapping these two – the danger of extreme skepticism and doubt as the eradication of all principles. Philosophical guidance in living requires us to pull ourselves out of this epistemological quagmire. Today I hope to outline a rational course for us to follow.

First we need to return to the levels of reality.1 It appears that science is sufficient for human needs when considering cosmic reality and some aspects of proximate and societal reality. Our knowledge of societal reality will always remain deficient, but the most accurate picture of the human world possible is attained by consulting the writings of a variety of reputable historians and journalists. Still caution must be observed however sure we think we are in the realm of societal reality. 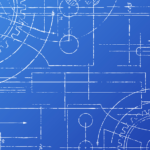 On the other hand, the blueprint of a meaningful and flourishing life is more dependent on internal, proximate, and ultimate reality – none of which can be fully informed by science or outside authority. So we disembark in our journey at Kierkegaard’s great discovery – subjective truth. Using a mixture of individual intuition, experience, belief, and reason, each person must define fundamental principles in approaching life and the world which are validated by their coherence, instrumentality, and predictive efficacy. No principles thus derived are absolute, but with careful reflection and constant re-evaluation, we can structure them in degrees of certainty or justification for action. Once we stratify these principles, they can be deployed for priority in action. At that point science can be instrumental in effecting our priorities. Of course we also need to have fortitude to comply with our own stratified ‘certainties.’