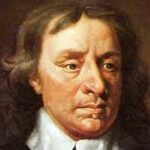 “I beseech you in the bowels of Christ think it possible you may be mistaken.” – Oliver Cromwell.

It turns out that not only is certainty elusive, but the seeking of certainty and the belief in one’s own certainty represent significant perils to humanity. Let’s start with John Dewey’s masterpiece The Quest for Certainty. Dewey’s thesis is simple – humans live in a world of hazards and thus seek security. In early civilization security was sought in two ways:  (1) superstitious belief and hope and (2) the development of simple technology. The first led to dogmatism which stifled human progress and became a cause of strife as societies attempted to impose their belief on others. The second depended on the study of nature, itself changing and inexact, pushing great minds of the past to defer its study to others as they sought absolute truth (e.g. Plato and Aristotle).  A dichotomy developed between theory and practice that delayed human advancement.

Philosophers receive the brunt of Dewey’s criticism and rightly so. His remedy is for philosophy to forsake “the quest for illusory certainty for discoverable paths to enjoyable goods.”1 In short, by abandoning certainty as its goal, philosophy paradoxically can improve the human condition.

J. Bronowski examines the obverse side of the coin – the danger of unwarranted certainty. In The Ascent of Man, he devotes a full chapter (or episode of the television series (available on YouTube) to this topic.2 He begins with science’s eventual recognition that material certainty is impossible referencing Carl Friedrich Gauss and his Gaussian curve with its ‘areas of uncertainty’ and Heisenberg’s uncertainty principle. He tells us: “All information is imperfect…There is no absolute knowledge and those who claim it whether they are scientists or dogmatists open the door to tragedy.”3 Bronowski thinks the acceptance of uncertainty translates culturally into ‘a range of tolerance’  as opposed to belief in unwarranted certainty which manifests as  intolerance. 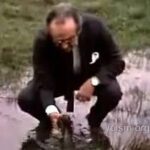 He concludes with a stop at the site of a former concentration camp where he argues the holocaust was the result of intolerance stemming from the ‘certainty’ of Nazism which ironically occurred at nearly the same time science was demonstrating certainty to be an illusion.

In our own time, zealots such as Islamic extremists and white supremacists echo similar intolerance and danger informed by their dogmatic certainty. Other examples will likely occur to readers. Dogmatism it turns out is not only the enemy of truth, but also of our species. The more rational  alternative is a mixture of approaches and attention to degrees of subjective truth which is  the subject of our next post.