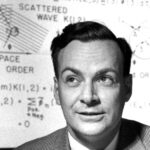 “‘If you thought that science was certain – well that is just an error on your part.” – Richard Feynman, Nobel Laureate, 1965, Physics.

The last eight blogs delved into science as certainty. It appears science is the best model of certainty for the theological agnostic and the philosophical skeptic. We identified science as a modern form of foundationalism, set on a base of 10 very reasonable, if not absolute, axioms: trust in empiricism, material monism, mathematics and statistics, a uniformity in nature that permits induction, causality, universal applicability, the validity of human reasoning and the scientific method, transferability between fields, refinement into a limited number of underlying laws, and the non-existence of the supernatural.

Science’s weaknesses as a presumptive expression of certainty include: issues of verification and falsification, the limits of the absoluteness of mathematics and its usage in scientific theorizing, and issues of internal connection between its branches, and correspondence with the human experience of reality. Nonetheless, science represents an amazingly consistent picture of nature and the cosmos, proven by the reliability of its predictions and the technology it informs. Theologians and philosophers may legitimately speculate on or impose other principles on to the world, but it appears foolish to purchase this with a denial of scientific explanation. 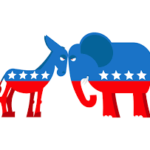 Perhaps it is better for the philosopher to point out difficulties in the methods of science, seek more integration of its branches, refine its interoperability with the human experience, and focus on arenas where science offers limited illumination: ethics, politics, aesthetics and the liberal arts, history, metaphysics, and theology. It is also incumbent on the doubtful to concede that where science cannot offer certainty, no certainty is possible (excluding possibly logic and mathematics). We will come back to this alternative in the section synopsis.