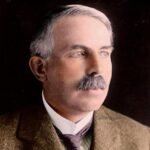 “All science is either physics or stamp collecting.” – Ernest Rutherford, Nobel Laureate, 1908, Chemistry. 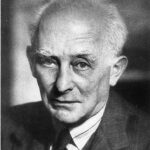 “I now regard my former belief in the superiority of science over other forms of human thought and behavior as a deception…” – Max Born, Nobel Laureate, 1954, Physics.

The last area we explore in the quest to determine whether science offers us the route to certainty is the issue of connection. Here there are two levels at issue – connectivity within branches of science and correlation with the human experience of the world.

One of the most stunning aspects of the history of science is the separate development of its branches. After Aristotle, most thinkers restricted their work to one field: for example physics, chemistry, or biology. Advances in each field occur in a silo and the tools, methods, and language are different enough that no one scientist, can pull together all the pieces. Subatomic physics, biology, and meteorology are probabilistic while higher level physics and chemistry are mechanical. Reality is revealed in pieces that do not coalesce into a single matrix. The chemist, cellular biologist, geneticist, botanist, zoologist, paleontologist, geologist, and meteorologist do not present a comprehensive picture of planetary life. It is as if each feels a complete explanation within their field is the final goal.

This fragmentary model of science leads to significant breaking points. String theory, the standard model, atomic theory, and chemistry are wonderful until we arrive at an explanation of life. The second law of thermodynamics fits cosmology well, but not biology. It is as if there is a brick wall, science cannot hurdle. Similar arguments can be made for consciousness and human behavior. It is unclear if this is merely inadequate time for a definitive correlation, a defect in the scientific establishment, or something forever impenetrable. The latter would be a powerful argument against science as the ultimate tool of certainty.

The other issue of connection in science is its correspondence with human experience. Relativity, quantum uncertainty, and multidimensional string theory are abstruse to the common person. Science focuses on the how while the human wants to know more of the why. 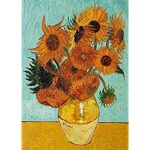 Physics can explain the optics of the color of flowers, and botany can explain their function and structure, but no science can explain their aesthetic quality. Astronomers can explain the phases of the moon, and biologists the working of the human eye, but the experience of the wonder of a full moon is outside the realm of science. Science can tell us the origin and structure of most of the components of the sky, but not why or even how humans come to experience the concept of a cosmos. Most importantly, science offers no explanation as to why we are here and what we should do while here, the vital questions of life itself.

For science to be absolute, it must unite the fields of study within a rubric of human meaning; otherwise it comes across as insightful observations with practical uses, but not the comprehensive certainty so many seek.