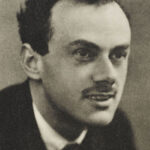 In the last post I noted that mathematics developed independently of science over thousands of years until the Age of Reason when several great minds yoked them initiating a revolution in science. However, by the early 20th century, cracks began to show both in the proposition that mathematics is absolute and in the application of increasingly abstract mathematics to empirical reality. The doubts inherent in these mathematical speculations and modeling is the subject of this post.

Our first example is the area of chaos theory and complex system analysis which John Horgan labels chaoplexity.1 While basic science depends on the assumption of the uniformity of simple systems in generating scientific laws, most of reality is complex. So while we can predict the product of the mixing of two chemicals in a test tube it is unclear what this tells of about chemical reactions occurring in Earth’s primordial soup. On the face of it, chaos theory’s central tenant that highly complex systems inevitably lead to unpredictability appears to be logically inconsistent with predictive modeling. 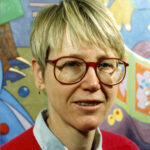 In addition scientific models are prone to structural problems including speculative assumptions and bias in the choice of inputs. Nancy Cartwright, a philosopher of science, considers numerical models nothing more than “a work of fiction.”2 Nonetheless experts constantly forecast future events based on this method including portentous phenomena such as climate change and the course of pandemics.

A second example is quantum mechanics and uncertainty, which is inscrutable at best and irrational at worst. Still some physicists use the probabilistic nature of matter in space-time implied by this theory to argue that even if nothing at all existed before the big bang, there was an infinitesimal chance that a singularity would appear spontaneously. Since there was an infinite period in which this could occur, the appearance of the universe from naught is a reasonable explanation (everything just came from nothing!). This too seems illogical since there would have been no time and no environment in which a spontaneous event could occur. 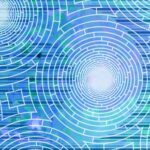 This theory does not appear empirical at all, rather a mathematical labyrinth requiring assumptions and contortions which are of course beyond non-mathematicians. In fact, this theory seems closer to metaphysics than strict science,and lay persons are expected to accept its “truth” on faith in the knowledge of the experts, a circumstance hauntingly reminiscent of the assertion of priests in early religions.