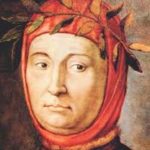 “…there came the death-dealing pestilence, which, through the operation of the heavenly bodies, or of our own iniquitous dealings, being sent down upon mankind for our correction by the just wrath of God, had some years before appeared in the parts of the East and after having bereft these latter of an innumerable number of inhabitants, extending without cease from one place to another, had now unhappily spread to the West.” – Giovanni Boccaccio, The Decameron (describing the plague in Florence in 1348).

Again I wish to express my sympathy for the loss of life, grief, and personal hardship to all during this unprecedented pandemic. Nothing in these essays is intended to diminish the loss others have suffered. Instead I hope to find a philosophical grounding in order to extract the lessons and meaning of this tragedy and the possibility of consolation.

In this last essay on the pandemic, I hope to pull together the four prior essays and those just before on the subject of suffering into a meaningful conclusion. First we must accept the ontological and existential certainty of human suffering, and as such we must develop a response and path to consolation. While suffering can be seen as an evil, it seems more accurate to say that suffering is the consequence of evil, including in this case the coronavirus. The evil of the pandemic has two manifestations: the natural evil of the virus itself, and that resulting from the free choices  or actions society makes for mitigation including for example the economic fallout and the curtailing of freedoms.

Within the framework of free will, each of us can choose an ethical course, at a minimum, siding against the pandemic by (1) avoiding being an agent of evil,  that is, spreading the virus, by social distancing, (2) assisting as possible the medical system’s fight against the virus, and (3) suppressing selfish ends like hoarding supplies. We can also assume the role of agents of good by the free offer of help to the most affected, the elderly, furloughed workers, and the needy. Last we can fulfill our civic duty by voluntarily following the directives of designated authorities and complying with the recommendations of medical experts (except in the unlikely scenario of unethical requests).