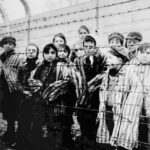 “Death wrapped itself around me till I was stifled. It stuck to me. I felt that I could touch it. The idea of dying, of no longer being, began to fascinate me. Not to exist any longer. Not to feel the horrible pains in my foot. Not to feel anything, neither weariness nor cold nor anything….” – Elie Wiesel, Night.

We have just completed an exploration of the Buddha’s analysis of the role of inevitable suffering in individual enlightenment. It seems to me the Buddha’s teachings are most instructive when applied to the common suffering we all experience, but less congenial to the extraordinary suffering such as extreme physical pain or flight from a war zone. At a minimum we may wish to consider the more sensitive approach we find in Viktor Fankl’s masterpiece Man’s Search for Meaning.

Frankl was a psychiatrist, who lost his father, mother, wife, and brother in the holocaust and was himself a Nazi concentration camp survivor.  In the first half of this book, he recounts the intense cruelty and deprivation that he and others endured over three years in the camps and his ground level attempts to survive and find meaning in the experience. If you decide to read it, be prepared for horrendous stories of inhumane treatment. However, he discovers within the torment “that human life, under any circumstances, never ceases to have a meaning, and that this infinite meaning of life includes suffering and dying, privation and death.”1 After the war he returns to psychiatric practice in Vienna and develops a school of psychotherapy he calls logotherapy, which involves existential analysis and guidance to individual meaning. 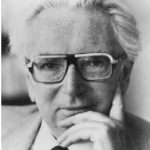 What counsel can the reader with current extreme suffering derive from Dr. Frankl’s book?  First he tells us the psychological side of such circumstances: a mixed flow of emotions and apathy, cold detachment concerning one’s fate alternating with desperate strategies to preserve one’s remaining life, increased tolerance of  lesser suffering, religiousness, a grim sense of humor, and fixation on images of loved ones and natural beauty. But his two greatest observations are: (1) human beings have an incredible power to turn suffering into meaning, and (2) love is the highest goal to which a man can aspire.

Next time we will look in more detail at his philosophy based on his unimaginable suffering.