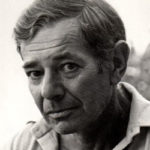 “Buddhism denies the unique and tries to show us that our sufferings are anything but unique. What grieves us has grieved others before us and will grieve us again as long as we live, many times, and in lives to come, over and over again.”– Walter Kaufmann, Critique of Religion and Philosophy.

In the last 11 parts, we have examines the Buddha’s First Noble Truth of the universal experience of suffering, his metaphysics, later interpretations, and Western commentary and integration of his ideas. Today I will begin a synopsis and synthesis of this information. First we look at a tabulation of their theory of the causes of suffering and the treatment they recommend:

In brief suffering is due to ignorance of and an undisciplined attitude to attachments, willfulness, and negative psychological states. The cure is a blend of detachment, positivity, virtue, mindfulness, and meditation or contemplation.

Buddhism is a philosophy of paradoxes and opposites, but perhaps its greatest irony of all is that suffering – customarily considered the epitome of human evils – is likewise a good. Unlike in Christianity where suffering is subsumed in theodicy, in Buddhism, suffering is recast as a force for good in the process towards enlightenment. Like Edith Hamilton who determines that one legacy of tragic myths is the lesson that the ability to endure suffering is, in fact, a human power,1 our thinkers have distilled from suffering the tincture of transformation. Suffering awakens one to ignorance, facilitates the direct grasp of reality, encourages virtue, validates the sacredness of existence, thrusts one into presence, is compatible with flourishing, and ultimately can bring about enlightenment.