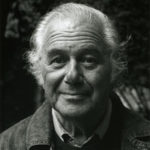 “…man can learn from life only to the extent that he can accept suffering such learning demands.” – Jacob Needleman, Consciousness and Tradition.

In college I stumbled on a fascinating writer of the early 20th century, the German-born Hermann Hesse. It started with Steppenwolf, one of his remarkable late novels, then I backtracked to his earlier Bildugsroman novels – Peter Camenzind and Beneath the Wheel – then to the psychological drama of Damien. This left only one remaining Hesse book on the Vanderbilt library shelf, Siddhartha,* his most philosophical book, which one can read in an afternoon.

Hesse’s grandfather was a missionary to India, and his mother was born there, thus he grew up under the influence of his family’s knowledge of and artifacts from India. At age 28 he traveled to East Asia by sea, but was disappointed with the ship’s brief stop in India and the Westernization he found there. It was not until age 45 that he wrote Siddhartha, which is based loosely on the Buddha’s life with a key difference: the real Buddha started life as a prince exposed to worldly luxury and became an ascetic hermit, whereas the fictional Siddhartha starts life as the son of a Brahmin holy man and, after a brief period as a hermit, becomes a worldly man of business before returning to a spiritual path.

Hesse’s Siddhartha starts life as a good student and avid learner, but discovers that enlightenment cannot be taught, but must be experienced. For this reason he leaves first his father, then the Samanas (strict ascetic hermits), and finally the Buddha himself. He complains to the Buddha that his teachings, while clearly wise, are flawed by an inconsistency between belief in the unity of the world and enlightenment by rising above it. The Buddha responds, “The teaching you have heard…is not my opinion, and its goal is not to explain the   world to those who are thirsty for knowledge. Its goal is quite different; its goal is salvation from suffering.”1 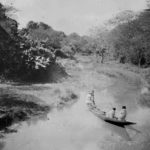 Nonetheless after crossing a great river by ferry, Siddhartha enters the world of common men and after several years as a successful man of business, given to lust, materialism, and gambling, becomes disillusioned with his suffering in that environment and returns to the river. The ferryman, who is Krishna incarnate, takes him under his wing. Siddhartha experiences suffering for the last time when his illegitimate son becomes his ward but scorns him and departs. Siddhartha at last comes to his own enlightenment.

Next time we will see what he discovers.