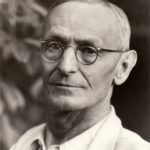 Next we examine some of the commentary by Western philosophers on Buddha’s Noble Truths regarding the human condition. The first major thinker we consider is Arthur Schopenhauer who sees will as more basic than thought in understanding man. Intrigued by Immanuel Kant’s distinction between the phenomenon or sensation of a thing and the unreachable thing-in-itself, Schopenhauer says we can in fact know the thing-in-itself for ourselves. By introspection we see it is the will, especially the will to live. He projects this upon the world and concludes will is the thing-in-itself for all entities, and the cosmos is a single vast will to exist.1

Ever the pessimist, Schopenhauer thinks this eternal striving prevents peace – hence “all life is suffering.”2 For him, willing arises from need, therefore from deficiency. Fulfilling a need gives only temporary satisfaction. Even pleasure is the mere temporary relief of suffering. “As long as we are the subject of willing, we can never have lasting happiness or peace.” 3 He comes to  recognize the correspondences of his philosophy with Buddha’s first three Noble Truths. He answers Buddha’s implicit question as to why birth (and theoretically rebirth to believers) is the origin of suffering – because birth is the origin of the striving will.4 However, like Buddha, Schopenhauer does not believe suicide can relieve this suffering as suicide too is an action of the will. 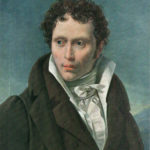 Rather Schopenhauer sees two remedies: temporary and permanent. The temporary solution is to lose one self, and thereby suppress the will, in aesthetics – the visual arts and especially music. Such experience allows one to free oneself from the will albeit briefly. Permanent relief is found in selflessness manifest in asceticism and saintliness. Schopenhauer accepts that the ultimate wisdom is found in Nirvana, the reduction of one’s self to a minimum of desire and will: “The less the will is excited, the less we suffer.” 5

So we see that Schopenhauer comes to the same conclusions as the Buddha although by a different path. Both feel a level of self-denial and highly virtuous living are the solution to the problem of human suffering.