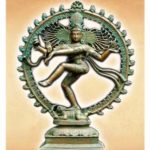 There is much commentary on Buddhism in Western historical and philosophical traditions and some Western philosophers have even integrated portions of Buddhist dogma into their own philosophy. Today we will discuss the Western analysis of the historical context of Buddha’s enlightenment.

First Arnold Toynbee emphasizes the political environment of the Buddha’s life as one full of troubles, destructive wars, and “in a bad way… and this evidence is corroborated by the life and outlook of his contemporary, Mahavira, the founder of Jainism, and by the lives of others of the same generation in India who were turning away from This World and seeking to find another through asceticism.”1 According to Toynbee the Buddha “lived to see his native city state Kapilavastu sacked and his Sakyan kinsmen massacred.”2 Toynbee surmises that the Buddha responded to these challenges by renouncing his inhospitable world. Effectively, the Buddha’s concept of suffering arose out of his historicity.

Will Durant follows a different line of reasoning. While he grants difficulties for the natives caused by the Aryan invasion, he highlights the philosophical milieu that followed the establishment of Hinduism with its priests and caste system.  In “an age of amazingly free thought and a thousand experiments in philosophy,”3 skeptics criticized and mocked orthodox clergy and creeds. 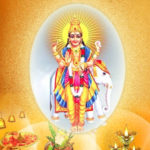 Traveling Sophists – the Paribbajka, or Wanderers – taught logic as the art of proving anything, including the non-existence of God and the inexpediency of virtue. Finally the nihilistic Sutras of Brihaspati led to a school of Hindu materialists, the Charvakas who ridiculed the Vedas, divine truth, deity, the soul, immortality, and morality.4

Durant, in his typical fashion and contrary to Toynbee, sees the decline of religion and morality and the rise of epicureanism and materialism as the consequence of Indian prosperity, and Buddhism (and Jainism) as a religious reaction. Against that backdrop, the legendary story of the Buddha involves three interstices of suffering. First there is the witnessing of suffering (the dead man, old man, and sick man) that arouses the search for enlightenment. Second is the self-imposition of suffering through asceticism which leads to a dead end. Last is the return to the middle way and the recognition that suffering is sustained by rebirth, itself due to karmic retribution for evil in this life, making rebirth stoppable by virtuous living.

Durant sums it up beautifully: ”If one could still all desires for one’s self, and seek only to do good, then individuality, that first and worst delusion of mankind, might be overcome, and the soul would merge at last with unconscious infinity. What peace there would be in the heart that had cleansed itself of every personal desire! – and what heart that had not so cleansed itself could know peace? Happiness is possible neither here, as paganism thinks, nor hereafter, as many religions think. Only peace is possible, only the cool quietude of craving ended, only Nirvana.”5