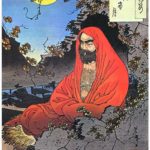 “To seek is to suffer. To seek nothing is bliss.”- Bodhidharma

As Buddhism moved out of India and into China, it blended with Taoist philosophy and transmuted into ‘ch’an’ or Zen (meaning meditation). Today we will examine what this now mostly Japanese discipline offers on the concept of universal suffering.

Described by Professor Joel J. Kupperman as “like a philosophical iceberg where almost all of the philosophy is beneath the surface,”1 Zen generally implies rather than states the traditional Buddhist proposition that desires and attachments are the main cause of suffering and that detachment from desires eliminates suffering. D.T. Suzuki seems to take this even further in An Introduction to Zen Buddhism where he writes “There is no knowledge, no ignorance, no destruction of ignorance…There are no four truths, viz. there is no pain, no origin of pain, no stoppage of pain, and no path to the stoppage of pain.”2 This Parmenides-like skeptical denial of the appearance of reality is foundational to Zen.

Still Suzuki tells us Zen does assent to the four noble truths, but the focal point is not external or psychological suffering, but the struggle in each of us between the finite and the infinite. “Zen is the art of seeing into the nature of one’s own being” where one finds resolution of the conflict through a direct grasping.3

Suffering then falls within the purview of an ephemeral wisdom, the recognition of the limitations and futility of all propositional truth or dogma.  Verbal explanation and analysis are viewed as distracting; instead the practitioner seeks pointers to truth, sometimes in the experience of pain itself (Zen masters have been known to slap students to facilitate understanding). 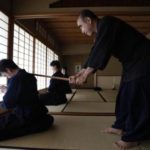 It turns out study of the four noble truths and the Buddhist canon can actually interfere with achieving serenity and enlightenment or satori, meaning intuitive introspection rather than an intellectual exercise. In the end, it may only be through the experience of suffering that one can attain the wisdom that is wanted.4

In summary, Zen offers an alternative perspective on suffering. Suffering is not a symptom, but a sign – effectively incidental to our misconception of the nature of things and of our selves. The cure does not come from learning and is not found through an intellectual process of understanding, but coincident to a sudden grasping of the true nature of reality and one’s make-up. I find this mystical and mysterious, but ultimately optimistic as most of us have the opportunity to grasp that reality before our individual suffering becomes intense or unbearable.

Next we will look briefly at some of the influence of Buddhism on Western philosophy, and some Western commentary.