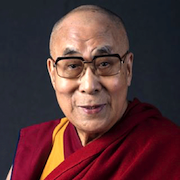 “To perceive is to suffer.” – Aristotle, De Anima.

After examining Buddha’s metaphysics behind the Four Noble Truths, the Dalai Lama offers a more concrete description of suffering and a more practical means to free oneself. He exposes the specific types of suffering, their sources, and methods to make them cease.

He identifies three types of suffering: (1) out-and-out pain; (2) the suffering of change – that is reappearing needs such as hunger, or discontent from waning pleasures; and (3) pervasive conditioning – deeper afflictive or counterproductive emotions.  Examples for each are (1) a headache, (2) the eventual tiring of a new amusement, and (3) hatred, respectively. The Dalai Lama summarizes the human condition in this way: between the suffering of birth and of death are not only illness and aging, but also a series of discontents and disappointments. His immediate remedies are hope, positivity, and disciplined meditation.1

The sources of pain, he tells us, are twofold: afflictive emotions and ‘contaminated karmas.’ The former are negative or counterproductive feelings that contaminate karma. Some are better expressed such as fears from the past which diminish with recounting and confrontation. Other are better not expressed, that is, the counterproductive emotions such as jealousy, belligerence, or hatred. These increase in frequency and intensity with expression and are must be replaced by positive emotions such as love or satisfaction. The root of these is ignorance.  On the other hand, contaminated karmas are the consequences of former non-virtuous actions and can be life-altering karmas or can project into the next life as a “bad transmigration.”2

The Dalai Lama stresses the ultimate cause of most suffering of change and pervasive conditioning is the  ignorance of the true nature of persons and things, that is, their emptiness or selflessness – “the absence of a permanent, unitary, and independent self or, more subtly, the absence of inherent existence either in living beings or in other phenomena.”3 In steadfast meditation one becomes fully aware of the truth, and the power of one’s wisdom increases defeating the negative emotions rooted in ignorance.4

The Dalai Lama’s mixed psychological, ethical, and mystical approach to suffering is well-adapted to the Western mindset without disavowing Buddha’s metaphysics. In the final analysis, hopefulness, optimism, and deep reflection make an excellent triple therapy for non-physical suffering. Before we address the more refractory issue of sustained physical suffering, we will pause to look at Zen Buddhism and the  influence of the Buddhist concept of suffering on Western philosophy.