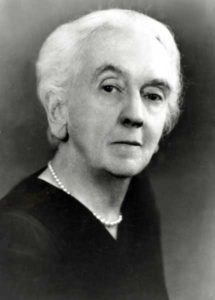 “It is by our power to suffer, above all, that we are of more value than the sparrows.” – Edith Hamilton, The Greek Way.

After the modern analytical consideration of suffering as opposite of happiness we go back in time to one of the greatest spiritual masters in history, the Buddha. We learn from Asvaghosha’s Buddha-Karita that Buddha was the son of a King, prophesied to “embrace transcendental happiness.”1 His father wishing him to succeed him as monarch rather than become a holy man “turned him to sensual pleasures” and tried to protect him from any “inauspicious sight which could disturb his mind.”2

But one day, the future Buddha saw an old man, a diseased man, and a dead man, and recognized that life involves suffering and so resolved himself to the ascetic life and the search for Nirvana or enlightenment. He left the palace and spent six years in meditation and bodily withdrawal sometimes living on little more than grass and dung with other hermits. His enlightenment came when he decided to sit facing east under a Bo-tree until he “attained the supreme and absolute wisdom.”3 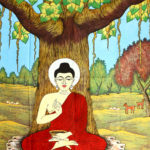 2.   Suffering is due to thirst or desire (Samudaya).

Here we find a beautiful and surprisingly comprehensive path to a meaningful life and the Greek notion of eudaimonia. For our purposes however, the first Noble Truth is the focal point. Next time we will explore its expanded form, followed by a commentary by a current Eastern authority, after which we will look at the impact of Buddha’s teachings, particularly that life is suffering, on Western thinkers.