Last time we looked at the Hindu, Stoic, Epicurean, and Christian interpretations of and responses to suffering. Next we consider Existentialism which offers still another interpretation of suffering. In this philosophy where man defines himself, suffering is seen as one impediment to self-actualization. Friedrich Nietzsche criticizes the traditional responses to misery, guilt, and the fear of death as cultural deceptions and considers the Christian suggestion that suffering is the means to a sacred future as completely fraudulent. In its place he asserts “existence is considered sacred enough to justify even a tremendous amount of suffering…”2  By affirming even the harshest suffering, man achieves strength and deification in the only life he is allotted. 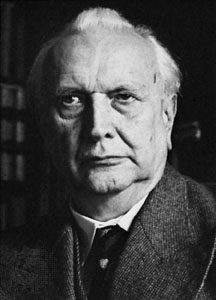 Karl Jaspers, who is an existentialist and theist, agrees to a large extent with Nietzsche. He views the inevitability of suffering, struggle, and death as ‘ultimate situations,’ and “Along with wonder and doubt, awareness of these ultimate situations is the most profound source of philosophy.”3 He rejects Stoicism which offers no consolation or opportunity for inner transformation and fulfillment. He also doubts the truth of redemption offered by Christianity and other religions. Instead he recommends the philosophical life of  (1) solitary meditation focused on self-reflection, transcendence, and selection of life tasks and (2) communication with men of mutual understanding. In this way the individual can find authenticity and participate in meaning.4

The last major approach to human suffering is the scientific. Physical suffering such as pain, illness, disease, and death are viewed objectively and fully understandable with an eye to identifying physical means to alleviate them through diagnosis and treatment with medications, therapeutic procedures, and compassion. Science also offers tremendous opportunities to relieve suffering of want such as hunger through technology. It is worth emphasizing that in the modern realm, the first effort must always be to ease all physical suffering possible before pursuing philosophical remedies.

Science however is less amenable to other forms of suffering especially the external and situational forms. Psychology, one of our younger sciences, seeks to alleviate internal suffering and has made some progress. Medications may lessen some mental health disorders such as anxiety, depression, and psychotic disorders. Psychotherapy and counseling have value in particular cases, but on the whole cannot cure grief, guilt, feelings of failure, alienation, loneliness, or rejection, and are especially limited with situational distress such as exposure to war, crime, disasters, and so on. We conclude that science and psychology are simply unable to eliminate all human suffering even as modernity adds new miseries for man.

We will dive a little deeper next time as we investigate one psychological construction of suffering as the opposite of happiness.