Let’s attempt the scientific method to prove or disprove the existence of deity. Science, particularly physics, often starts with a ‘thought experiment’- the application of logic and visualization to a question leading to a hypothesis. The next step is to determine what evidence would count as supportive followed by relevant observations and/or experiment. It concludes with an analysis as to whether the hypothesis is confirmed or refuted. 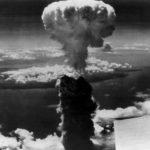 Consider Einstein’s theory of relativity which  began as a thought experiment imagining the experience of being inside and outside a train moving at or near the speed of light. He visualized the consequences and developed equations which led to his theory of relativity and the equivalence of matter and energy. Empirical proof came from the gravitational effect on starlight detected during an eclipse and from the explosion of an atomic bomb.

Let’s apply this method to the question of why is there anything rather than nothing and the  corollary, whether events in the universe trace back to a first event. Logic, in this case common sense, tells us something cannot come from nothing and no series of cause and effect goes back forever. We are led to the hypothesis that there must be some thing or things which did not come from nothing (i.e. had always existed) and directly or indirectly caused all subsequent events. Traditionally God is the singular designee.

Now what empirical evidence would confirm or refute this hypothesis? There appear to be three possibilities: (1) trace back the history of the universe to its origin, (2) identify a class of things that do not come from other things and also cause events, and (3) find indirect evidence of the thing or things which serve as the initiating and ever-existing cause.

The first  leads us to the generally accepted big bang theory which postulates an infinitely small and dense singularity. This tends to substantiate the existence of God if the axiom that something cannot come from nothing is correct, unless the singularity had itself always existed. It seems curious however that an always existing singularity would “explode” into time hence effectively ceasing to exist. 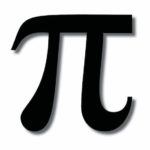 The second is more difficult. We have no problem finding things which do not come from something else – a perfect circle, numbers such as 2 or π, natural laws, nothingness, darkness, etc. – but none seem to be causal in the usual sense. Most are ideas while the remainder are inert.

Thirdly, indirect substantiation is problematic. We have supposed evidence of this type for God – mystical experience, revelation, answers to prayer, miracles, and even the appearance of God (in at least two traditions –Hinduism and  Christianity), but they are either subjective or suspect. It remains unclear or even impossible to specify what would count as proof of an experience of God as ever-existing and causative of the universe.

However the scientific argument against an ever-existing first cause depends on equally speculative mathematics describing the spontaneous appearance of the singularity due to quantum flux or the physicist leap to the multiverse. The position of science like that of theology appears irrefutable – that is no argument or evidence counts to their proponents as proof of the opposing position. My conclusion then is God cannot be demonstrated nor disproved definitively via argument or science. Agnosticism, and not atheism, seems to be the most rational position in the absence of faith or subjective warrants.