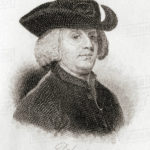 “It is a perversion of language to assign any law as the efficient, operative cause of any thing. A law presupposes an agent, for it is only the mode of according to which an agent proceeds; it implies a power, for it is the order according to which that power acts. Without this agent, without this power, which are both distinct from itself, the law does nothing, is nothing.” – William Paley, Natural Theology.

Having just completed the section on teleology, it seems fitting to take another stab at the case for the existence of God. My goal here is to attempt to establish divine existence beyond the mere a priori or syllogistic ‘proof’ of God by definition as (1) whatever may be the origin of the universe1 or (2) the totality of being2. Perhaps a more powerful argument emerges from assembling all of our prior reasoning and distilling from them the most compelling arguments. I will of course take the opposite tack of trying to disprove definitively His existence. The outline of arguments for and against examined on this site follows:

1)   Logical – (a) Aquinas’ five ways, (b) higher complexity deriving from lesser complexity, and (c) the implausiblity of an infinite chain of events and/or of something coming from nothing.

2) Explanatory – (a) the existence of anything – inference to the best explanation, (b) the immaterial and abstract – natural laws, mathematics, ideas, (c) the overly fine-tuned universe, (d) life, and (e) consciousness

4) Flaws in alternate theories – (a) quantum flux relies on dubious premises and speculative mathematics, and (b) the laws of physics usually favor the probable (uninhabitable universe) over the improbable (infinitesimal odds of a universe compatible with life).

1)  Logical inconsistencies of an all-powerful deity and of necessary existence.

3) Flaws in arguments for deity.

4) Irrefutability – (a) God explains nothing or cannot count as an explanation if God cannot be disproven, (b) God himself cannot be explained.

5) Science works elegantly without necessity of a deity 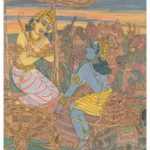 We also may want to address miracles, revelation, and God’s appearance on Earth as mitigating factors that encourage prudent belief. Next time I will produce a narrative of both sides hoping to land on the most tenable position.