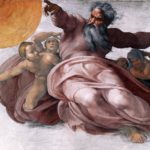 “Whoever claims absolute teleological unity, saying that there is one purpose that every detail of the universe subserves, dogmatizes at his own risk” – William James, Pragmatism.

It is time to bring together the last 35 blogs into a synopsis and final synthesis. Our task has been to respond to the  assertion that the universe is pointless which indirectly calls into question whether our lives and humanity in general are meaningless. We have seen that teleology is the study of the final causes, possible design, and putative purpose of reality, and have traced a course from the consideration of chance to the qualifications for meaning, leading to the following conclusions:

1)   The universe cannot be ascribed to chance once we accept the sciences of physics and cosmology.

2)   Instead complexity and chaos lead to the triad of self-organization, emergence, and unpredictability which mimic accident, but obey deterministic laws, and therefore do not indicate randomness in the universe.

3)   Probability and statistics indicate uniformity, but impose unpredictability on the design of the universe, while mathematics is instantiated within it.

4)  Quantum uncertainty impels us to accept that reality unfolds by virtue of an “observer” or through the speculative concept of ‘decoherence.’

5)   Natural selection, including directiveness, is the best explanation for the mechanism of the emergence of complex inorganic chemistry, diverse environments, and the evolution of life, but cannot account for the initial appearance of life definitively.1

6)   Biological processes appear to be meaningful beyond simple teleonomy.

7)   Human consciousness and society generate one level of teleology.

8)   The three main theories on the origin of the universe -intelligent design, outgrowth of a multiverse, and a spontaneous quantum flux – are speculative at best and contrived at worst.

9)   Absurdity may apply to our lives, but does not apply to reality where the only alternative is nothingness.

10)  We are limited in fathoming the full nature and design of the universe by our metaphysical biases and species limitations.

11)  Science is one route to understanding reality and thus of determining teleology, but the direct grasping of Eastern philosophy offers another, and there may be still others as well.

12)  The universe is meaningful by at least five of six reasonable criteria, with only the question of design itself being indeterminate. 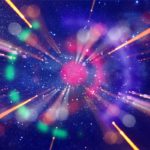 It is from these conclusions that we will construct a synthesis of the surprisingly ineffable topic of teleology and meaning of reality and human life. Join me next time for the final discussion.

1Discounting the defects of the theory such as concerns about sufficient time, the excess size of the human brain, and the inability for man to replicate the creation of new species. One could also point out the gene mutations are not entirely random, Behe’s concerns about ‘irreducible complexity’ of living organisms, or the quite simple recognition that mammalian species have failed to adjust gender frequency based on optimal species spread (as would occur with a higher ratio of female to male rabbits for instance).