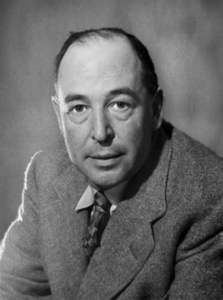 On our long journey to resolve whether the universe is designed or has a purpose we arrived last time at an examination of the concept of meaning as end, purpose, or significance; and differentiated intrinsic and derivative kinds. I proposed six criteria for meaning of a thing: function, value, viability, justification, intention (by an originating agent), and external or absolute relevance. Today we will subject the universe to these criteria, though of course the answers will be arguable. I will assume that if I can offer a credible means for the universe to meet a criterion, it applies.

Starting with function, the universe appears to meet this criteria given it is the staging ground for the appearance and evolution of inorganic matter and life. Next is value where any attribution to the universe is highly subjective, but on the face of it, all value must be contained in the universe. It seems illogical to assert that it has no value knowing it is the site of all the physical reality of which we are aware. It may beg the question, but reality appears valuable  when contrasted with nothingness. Moving on, the universe is undeniably viable if cosmology is correct (except perhaps if one is a pure idealist). Its roughly 14 billion year duration, expansiveness, and consistent laws are incontrovertible evidence for its viability. 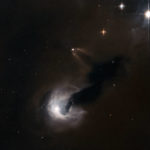 But is the existence of the universe justified? I believe the answer is yes – if the universe fills a valuable function in an efficient manner and creates more good than evil. We have already dealt with function and value. The fine tuning required for the universe to allow matter and life speaks to its efficiency. The last requirement of creating more good than evil is logically met by virtue of our earlier definition of good as that which contributes to the happiness, well-being, longevity, pleasure, or knowledge of oneself and others or at least does not diminish these for others; or which promotes existing non-human reality in the universe.

The question of intentional creation of the universe is nearly synonymous with the section title, taking us full circle, but must be deferred for now. This leaves us with external or absolute relevance; let’s take these separately. If we disregard the possibility of an intelligent creator, the most likely external “observer” would be a multiverse. In that case our universe is relevant as unique or one of the minority capable of sustaining matter and life which have previously demonstrated value and function. Absolute relevance is found in the immaterial derivatives of the universe – lawfulness, consciousness and self-consciousness, the embodiment of abstract ideas such as love and justice, and human developed science, mathematics, literature, art, etc.

In brief, the universe reasonably meets at least 5 of the 6 criteria for meaning and therefore is more appropriately considered meaningful than pointless. Its meaning seems to be both intrinsic  and derivative. This brings us to the final synopsis and synthesis of teleology which is where we will pick up next time.