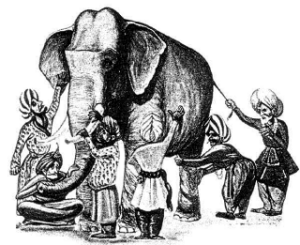 “And so these men of Indostan, disputed loud and long,
each in his own opinion, exceeding stiff and strong,
Though each was partly in the right, and all were in the wrong!

So, oft in theologic wars, the disputants, I ween,
tread on in utter ignorance, of what each other mean,
and prate about the elephant, not one of them has seen!”

–John Godfrey Saxe, The Blind Man and the Elephant.

Last time we examined how the advancement of science coincided with a gradual reduction in anthropomorphism and we closed with the plan to identify those remaining facets that may impact our understanding of purpose and design in the universe.

It appears to me that there are ten basic biases or constraints we bring to science which effect our comprehension of reality:

4)   Presumptions about change and causality.

5)   Assumptions about volition and consciousness.

10)  Limitation on human-derived mathematics and science.

These can be sub-grouped into uncertain metaphysical axioms (1-5) and limitations on the constitution and artifices of man (6-10). It is worth noting that our biases are not necessarily invalid as such, rather they may simply be unavoidable boundaries placed on our species. Man’s intellectual and perceptive capacities and limitations should not be unexpected once we recall that they are the result of evolution. That is, man has only the faculties necessary to survive long enough to successfully reproduce. 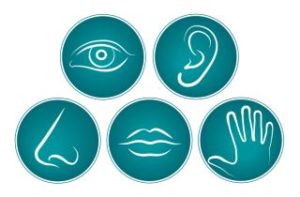 It is unreasonable to expect man to have the power of god-like objectivity. Nonetheless we can dissect out the effect of our biases on the conclusions we draw under their influence. Of course we are still human and therefore cannot prove that any proposed mitigations of bias are valid, but neither do we want to default to an austere skepticism.

Next time we will take up our axiomatic biases about reality. Join me then for a mind-bending excursion.