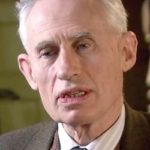 “It is crazy to postulate a trillion (causally unconnected) universes to explain the features of one universe, when postulating one entity (God) will do the job.” – Richard Swinburne

So far in our analysis of teleology we have considered accident, emergence, and natural selection as possible explanations of the universe. These represent the middle possibilities; next we analyze the two extreme alternatives that bookend the middle –the universe as the result of intelligent design and the universe as absurd. Today we will consider the former.

The greatest argument against the spontaneous origin of the universe, life, and consciousness is the incredible fine tuning of the physical laws and constants necessary for their appearance. Of course one could say there is only one universe and thankfully it was assembled this way, but this is unscientific and equivalent to saying “That is just the way it is!” There are two alternatives; (1) the hypothesis of a multiverse where an incredibly large or infinite number of universes exist and we of course live in one conducive to life, and (2) the universe eternally cycles big bangs followed by big crunches and we evolved within the current rendition since it happens to permit life. Richard Swinburne argues that a single universe with a designer is far simpler and logically more probable than a multiverse; while the weakness of eternal cycling is the absence of evidence and the contrary finding that the universe is expanding ever faster over time, making a big crunch unlikely.

The second challenge is based on biology and evolution. Michael Behe contends evolution cannot account for the ‘irreducible complexity’ of living organisms. By irreducible complexity he means “a single system which is composed of several interacting parts that contribute to the basic function and where the removal of any one of the parts causes the system to effectively cease functioning.”1 Behe reasons whole systems do not evolve at once making the appearance of even simple organisms like bacteria inexplicable. Other scientists disagree saying that organisms coopt separately evolving parts for novel functions. 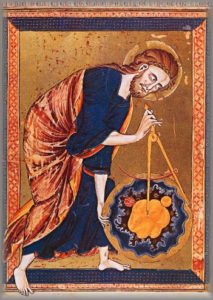 Still other theistic scientists see natural selection as simply the mechanism of creation. Some note that mutations are not entirely random – for example, most mutations that determine the size of organs result in a reduction in the size of the organs concerned.2 Others emphasize that most mutations are fatal or at least debilitating for a species and it takes millions of generations for the occasionally beneficial mutation to become established, suggesting evolution should be much slower than the fossil record demonstrates. None of these objections seems convincing to me, rather I have always found the most compelling argument against natural selection is humanity’s inability to create a new species of viable life by breeding or genetic engineering to date.

Arguments for intelligent design then are inconclusive and look like an attempt to justify pre-existing belief in a creator. There is just too much evidence for natural self-organization and selection to unseat them as the best explanation for the universe we observe. If our goal is to find meaning in the universe, we need to accommodate this greater likelihood in our final synthesis. But before we can proceed we must dispense with the direct assault offered by the possibility that the universe is absurd, which is the subject of our next blog.