“This survival of the fittest, which I have here sought to express in mechanical terms, is that which Mr. Darwin has called ‘natural selection’, or the preservation of favoured races in the struggle for life.” – Herbert Spencer

Now we move to Darwinian evolution; the gradual development of species by virtue of variations in makeup (particularly genetic variation) and adaptability to environment.  Since the mid 19th century, natural selection has upended the religious explanation for man and other creatures. 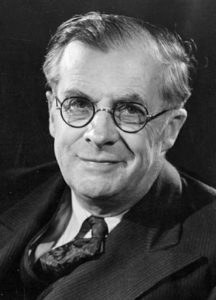 Julian Huxley presents the evidence in a 1926 entry in The Encyclopaedia Brittanica: (1) paleontology meaning fossilized remains of organisms now extinct, (2) embryology which in land animals repeats the forms of earlier species, (3) distribution of animals, (4) comparative anatomy, and (5) vestigial organs (e.g. remnants of limbs in snakes). Darwin “assumed as a fact the existence of variation, showed the universal presence of a struggle for existence due to the invariable birth of more young that can come to maturity, and then pointed out that this would inevitably lead on average to the survival of those that were best fitted to survive and so to evolutionary chance and progress.”1

E.S. Russell writing 80 years after Darwin sees natural selection as “directiveness.” He sees life as showing directed action towards the biological ends of self-maintenance, development, and reproduction in contradistinction to the inorganic . He does not see this as purposive, but neither is it completely mechanistic. In fact he considers this directive activity an “irreducible characteristic” of life. He believes trying to reduce biology to strict physical laws and data does not help us understand living things and their activities, and so is not sufficient for the biological sciences.2