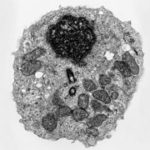 At the end of our last post, we were stalled on the question of whether the appearance of life is evidence of design in the universe. Science cannot be certain on this question as observation and experiment are and may always be inconclusive. The opinions of two philosophical biologists may be useful here.

Bernhard Rensch believes that since all processes within organisms follow physical and chemical laws, it is unnecessary to postulate ‘vitalism.’ Nonetheless he concedes we have yet to explain how “living physicochemical systems could originate and become so constructed that the processes follow one another in a purposeful manner and combine to function efficiently and in so finely adjusted a manner that the individual system and the species survive, and the continuation of life is ensured.”1

He comes to two conclusions, first, that “the fundamental biological processes are so completely integrated, especially in their interposition in individual systems, that certain specific laws relating to living organisms originated.”2 (his emphasis). Perhaps more revealing is his second conclusion, “A special feature of all living organisms… is the fact that biological processes in general appear to be ‘meaningful.’ They are not only appropriate to the immediate conditions but also seem to be directed to some purpose which in individual development is only achieved at a relatively late stage and after many modifications of form.”3 The implication, it seems to me, is that teleology (or perhaps teleonomy) is incorporated into living organisms, even if one remains skeptical of design behind the origin of life.

George Gaylord Simpson approaches this subject from a slightly different perspective beginning with a reminder there is no fossil record of very early life, and it would be useless in any case. Biochemistry and cytology are the fields that offer hope of explaining how life appeared although he concedes the solution may be unattainable. Rather he notes “there is no theoretical difficulty…under conditions that may well have early in the history of earth, in the chance organization of a complex carbon-containing molecule capable of influencing or directing the synthesis of other units like itself…‘a protogene’…There is at any rate, no reason to postulate a miracle. Nor is it necessary to suppose that the origin of new processes of reproduction and mutation was anything but materialistic.”4 But he admits the evolution from ‘protogene’ to amoeba was as great as from amoeba to man, and likely required multiple seismic steps over millions of years.

What response can be offered to the biologists? Well, their belief that life appeared spontaneously appears to be speculation, not science at all as it can neither be observed nor tested. Some have proposed that the odds against the appearance of any functioning organic chemical (e.g. a protein) are astronomical – V.H. Mottram put the odds at 10160 to 1 and a required time frame of 10243 years,  both equivalent to impossible – although his assumptions and justifications are unclear and debatable.5 For myself, I look back on my college courses on molecular and cellular biology, remembering the amazingly complex structures involved, 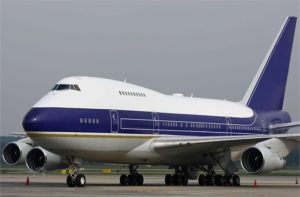 and remain astonished that scientists can so glibly propose spontaneous generation – a principle Louis Pasteur disputed and disproved in the 19th century. One is reminded of Fred Hoyle’s analogy of millions of separate jet parts being blown about in the wind and assembling into a Boeing 747.

There is much here to contemplate, but for now the main points are: (1) only inconclusive arguments and speculation exist for the spontaneous appearance of life, (2) life requires the origination of specific laws, (3) biological processes appear meaningful, and teleonomy is integral to life. These will reappear in our synthesis at the end of this section.