“Nothing under the sun is accidental.” – Gotthold Ephraim Lessing, German critic and dramatist, Emilia Galotti (1772)

To some the last three posts on complexity, emergence, self-organization, and chaos theory amount to attributing the existence of the universe and life to accident – perhaps more than blind chance, but certainly less than planned design. In this post, we will look at some key objections to this hypothesis.1

The counterarguments can be listed as below:

1.   In cases of statistics, mathematicians typically consider anything less likely than one in 1050 as de facto impossible. The probability of a spontaneously appearing universe compatible with life and derived from inert matter is less than 1050. Therefore the universe did not appear spontaneously.2

2.  Even setting aside the question of probability, a reasonable person following the scientific method will not favor a proposition with very low probability over one with a much higher probability.

3.   Calculations of the formation of life by accidental processes are also astronomically low.

4.   Complexity and chaos theory can explain order developing from disorder, but not the information content intrinsic to living organisms.

5.  The laws and mathematics that govern the origin and functioning of the universe indicate that a logic or intelligence existed prior to spacetime.

Other thinkers argue that even now physical laws cannot explain biological finalism or consciousness. Rather the reductionists are in effect begging the question by defining away distinctions in animate and inanimate matter by focusing only on similar physical laws without addressing their fundamental differences.3

At the end of the day, challenge to the accidental notion of reality is the central debate of teleology, itself the fundamental issue for whether the universe has meaning. If the universe is accidental, then the meaning of it and its features including us are suspect. If design can be demonstrated by default as would be the case where both chance and accident are excluded, then there is hope for meaning. 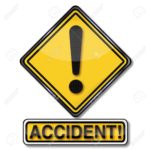 As we continue to dissect this issue perhaps we should stop to assess the definition of the word ‘accident.’ For our purposes. Webster’s has two entries of use:

(1) any event that happens unexpectedly, without a deliberate plan or cause.

(2) Philos. any entity or event contingent upon the existence of something else.4

With regards to the first definition, I find it difficult to think of reality as “unexpected,” however our investigation of teleology is an attempt to establish or refute reality as deliberately planned. On the other hand the second definition makes even a deliberate universe an “accident” in which case philosophically one might say reality can be an accident even if designed. We will come back to this in our synthesis at the end of this section, but moving forward, we look next at uncertainty as a manifestation of the universe.

2 This is essentially a reformulation of the ‘fine tuning’ version of the teleologic argument for the existence of God as outlined in the post on this site dated February 15, 2019.