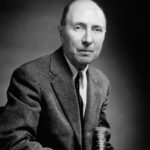 Last time we found that chance as typically defined is difficult to employ as an explanation of reality if we believe science is a valid means to understand the origins of that reality. We now consider whether that which seemed to be ‘chance’ in prior times has been revealed more recently to be comprehensible at least in part by virtue of complexity and chaos theory. Today we will examine the first of these – complexity.

We will define complexity as “diverse, interdependent, connected, adapting entities”2 Complex systems have five fascinating features: (1) unpredictability, (2) large event  creation, (3) robustness, (4) emergence, and (5) novelty. Complex is not the same as complicated; a watch is complicated with diverse, connected, and interdependent parts, but lacks adaptiveness. The universe, the Earth, human societies, and living things are all complex systems. 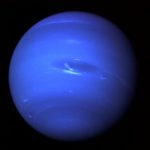 Now most scientific laws are based on simplified or regular models of reality. But of course reality in general and the universe specifically are extremely complex; consider for example the movement of a planet in its orbit. If the only structures were the sun and that planet, the orbit would be a simple calculation. But in our solar system there are eight planets plus an immense number of smaller bodies making an accurate calculation of planetary movement remarkably complex. As an example, take the planet Neptune which was discovered because of unexpected variation in the orbit of Uranus. 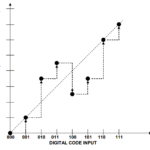 The traditional approach to complex systems is to model them on regular systems. Of course the more irregular the system, the less satisfactory the modeling for four main reasons: (1) abrupt behavior changes, (2) large numbers of components or ‘degrees of freedom,’ (3) open rather than closed nature, and (4) non-linearity. This last point is critical; in linear systems, effects are proportionate to causes making them predictable. However unexpected results develop in non-linear systems, not because they are not determined per se, but because the complexity of the calculations becomes unsupportable leading to unpredictability. This unpredictability appears to us as novel and creative outcomes.