Last post I discussed the first three of six essays making up the forum in the fall issue of The Philosopher’s Magazine titled Does God Exist? Today I will look at the last three essays. 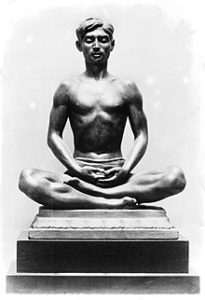 Elizabeth Burns (University of London) refreshes the cosmological argument which states that if all individual things in the universe are caused, there must be a first cause, i.e. God. She notes this argument was derived by the kalam school of ninth century Arabic philosophy, modified by Aquinas, and expanded more recently by William Lane Craig. She reviews the two main counter-arguments: (1) Why does the universe require an explanation? and (2) By this line of logic, God then should also require a cause or explanation. Rather than parse the argument, Burns introduces, from the Chandogya Upanishad,  the teaching of Sushanta Sen, that God created the universe from His own nature making God both creator and physical substance of the universe.3 Periodic reabsorption and reinfusing of God’s nature leads to an ‘Oscillating Universe.’ Conceding this exact description appears contrary to current science, she extracts the pantheist or panentheistic elements suggesting a conjoining of God the World and God the Good (the latter mirroring Plato’s idea of the Good). She then pairs her cosmological argument – a complex universe must derive from progressively less complex parts to the least complex (God as the single non-complex, non-contingent) – with an ontological argument – degrees of goodness in the universe require an ‘Unsurpassable Goodness’ (also God). I doubt her argument is philosophically sound, but find its mix of science, logic, and spirituality refreshing. 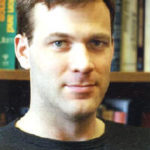 Next Erik J. Wielenberg (DePauw University) takes on the moral argument for God’s existence, wherein human morality is based on the divine, and thus the nonexistence of God would permit undesirable and  unabated, self-interested behavior by man. Wielenberg does not think virtue depends on God; just as goodness is caused by things in themselves, so moral behavior is within the choice of action itself. Specifically he argues Kant is wrong in believing that since we have a duty to pursue the highest good, God is implied as only He can order the highest good. Wielenberg believes “our real moral obligation is simply to get as close to the highest good as we can.”  I have never found the moral argument to be persuasive, and Weilenberg’s reasoning seems valid to me. 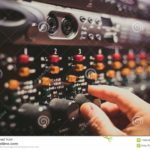 Last, Neil A. Manson (University of Mississippi) reviews the modern version of the teleologic argument, that is, the universe is so finely tuned, it could not occur by chance. His position is this proof is less viable if physicists are right about the existence of a multiverse. In response to theists who protest the theory of a multiverse is untestable and simply an atheist’s refuge to deny God’s existence, he notes many physicists believe the theory of the multiverse comes directly out of our current understanding of physics and cosmology and is or will be testable in the future. For now I find the fine-tuning argument evidentiary rather than conclusive and think we must allow scientists a chance to validate the hypothesis of a multiverse. Regardless this theory seems unlikely to answer the harder question of why there is anything at all!

In conclusion five of the presenters argue against the demonstration of God while Burns is the one voice in support of divinity. This fits proportionately to the recent (non-theist) philosophical literature I have read. In my synthesis of the arguments and subjective rationale for God, I concluded that God defined simply as the origin of the universe does exist (see posts on this site 3/18. 3/20, and 3/22/19 and Table 3 in the Appendix). For the most part, the six articles in this Forum do not appear to contradict my synthesis.

3There is an uncanny similarity of Sen’s theory to that of the ancient Jewish Sages – see July 6 2019 post this site – God and Physics.