The anthropologic and biologic prediction encompasses the middle time frame of millions to hundreds of millions of years. Richard Leakey notes that the fossil record shows species become extinct or perhaps evolve to a new species over millions of years. His theory that Homo sapiens evolved to cooperate supports the short and midterm path forward – progressive integration, moral growth, increasing knowledge, and finally societal evolution. Evolved man then may become Fred Kohler’s societal organism, in which each human is dependent on the social structure.  If Pierre Teilhard de Chardin is right, mankind will become planetized. Humanity’s flourishing may lead to one significant negative – the extinction of other species and the reductions in new species unless Gaylord Simpson is correct that mankind will embrace the unity of life. Our generation’s obligation then is to advance morality, local and global integration, and respect for all living things. 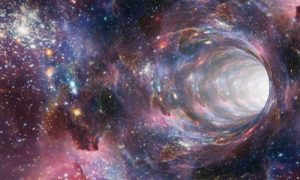 The cosmological understanding of the future of the universe dominates our understanding of humanity’s long term destiny – that is beyond a billion years. Homo sapiens or our successor species will likely migrate into the galaxy over millions of centuries, bringing with them evolving or artificial intelligence. By then our descendants should be well-prepared to interact with any other intelligent species they encounter and to maximize control over the cosmic environment. Biologically we must expect the hominid tree will eventually branch into several or many new species or become mechanically hybrid. Hoyle’s shared consciousness may appear during this period permitting cooperative rather than competitive relationship. We can only guess the future of man’s descendants during the passage of later cosmological decades, but  an integrative mental capacity seems the best outcome. Perhaps the universe will develop into a single “mind” that can extend life through the Degenerate and Black Hole Ages and manufacture viable offspring universes in which future life forms can escape and continue. 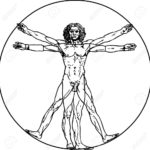 The long term future of humanity dwarfs the significance of our individual lives, and of course each person’s meaning must be more immediate and tangible; that is the subject of future blogs. The importance of the current analysis is two-fold: (1) as a guide to our duty in creating the best possible destiny for man, and (2) as a component of the cosmic level of ethics.

First, our duty assumes, I believe correctly, that we have free will – human destiny will be what we choose it to be. Hopefully man will understand those duties fall into the following order of timing and importance: (1) prevention of our extinction and the extinction of other species, (2) progression towards world peace and a democratic, global federation of nations respectful of human dignity, and (3) devotion to morality (kindness), self-perfection, learning (especially scientific), and cooperation. Second whether one believes in God or not, the study and contemplation of the destiny of mankind and of the universe is one means to fulfillment of the level of ethics related to ultimate reality (see posts 12/28/18 and 12/31/18 on this site) that transcends the limits of one’s individual life.

Next time we will summarize the results of our exploration of free will, fate, and human destiny before leaving this section.