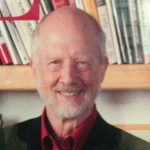 “It’s easier to create the future than to predict it.” – Joseph Traub1

After looking at human destiny from scientific, historical, and theological vantage points, we can widen our investigation to possible technological futures of mankind. This can take two basic forms: genetically modified or hybrid humans, and artificial intelligence.

Within the destinies discussed in the scientific fields I alluded to man’s potential to expedite human evolution by externally modifying our genes. The science is already tantalizingly close (CRISPR), but ethical issues have slowed this approach. However some scientists, such as Stephen Hawking2  believe it is inevitable despite ethical concerns since in the absence of global deterrence, someone is likely to begin what will then become an irreversible progression. Nonetheless others suggest humans will “abandon the bodies bequeathed to us by natural selection for more efficient designs.”3 Still others

think genetic engineering may be deployed on other organisms perhaps even creating future spacecraft. 4 Michio Kaku entertains the possibility of these technologies enhancing man’s ability to live on other worlds, but also worries about the ethical significance of potentially creating new genetic branches of the human race.5

A second possibility is the hybrid human, by which is meant the incorporation of technology into the human body to create superior or ultra-human capabilities essentially transforming a person into a cyborg. This does not include most current prosthetics like artificial limbs, cochlear implants, or pacemakers which simply restore normal function. On the other hand a current and simple example is the springy blade leg prosthetic design used by some para-athletes. Future possibilities include chips or other technology inserted into the body or brain that enhance function, sensation, or intelligence or which allow direct connection with a freestanding computer.6

The implication of both of these futuristic technologies is clear, human destiny would involve new abilities that allow us to achieve greater physical and mental feats that expedite human progress but do not essentially change the long term picture, particularly man’s expansion beyond the planet earth. In other words, they are the means rather than the determinants of human destiny. But, combined with an evolved ethic, perhaps our descendants could realize the vision of Nietzsche’s uberman.

Next time we will look at artificial intelligence as the ultimate means to a combined destiny for humanity and the universe.